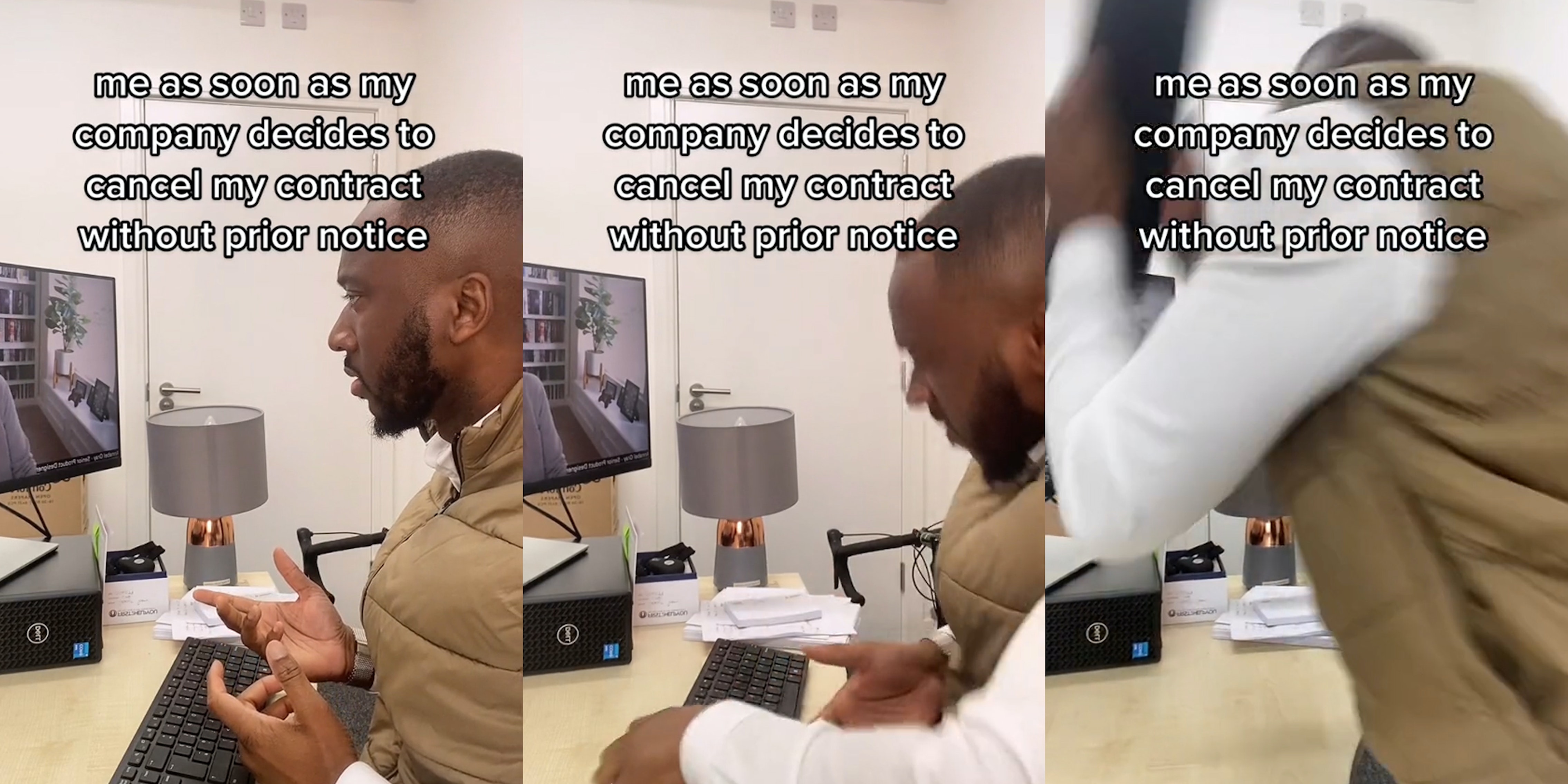 ‘It’s the classic corporate upspeak on the word role that gets me’: Worker films self getting fired

'They say the same thing every damn time.'

A worker’s skit about getting fired has gone viral on TikTok and sparked debate about corporate lingo.

In the video, Legzeii sat at his desk attending a Zoom meeting. He used audio from another viral lay-off that said, “Thanks for jumping on. So, I’m actually here to inform you that today is your last day at Captivate. We’ve determined that this is no longer a critical role for the company.”

Legzeii pretended to look shocked, then picked up his keyboard as if he was going to smash his computer screen.

The TikToker contextualized the situation in a text overlay. “Me as soon as my company decides to cancel my contract without prior notice,” he wrote.

In the comments section, viewers discussed the corporate lingo used in the firing.

“It’s the classic corporate upspeak on the word ‘role’ that gets me,” one user wrote.

Others criticized the human resources worker’s “high” and “condescending” tone.

“It’s always the sing song ‘wE nO lOnGeR nEED yoU aT thE cOmpAnYy!!’ the WORST,” one user commented.

“The unnecessary condescending tone is sooooooo #american,” a second wrote.

“It’s the prolonged hhhiiiiiiii uhhhhmmmm. Hr is not a critical role,” another added.

The Daily Dot reached out to Legzeii via Instagram direct message.