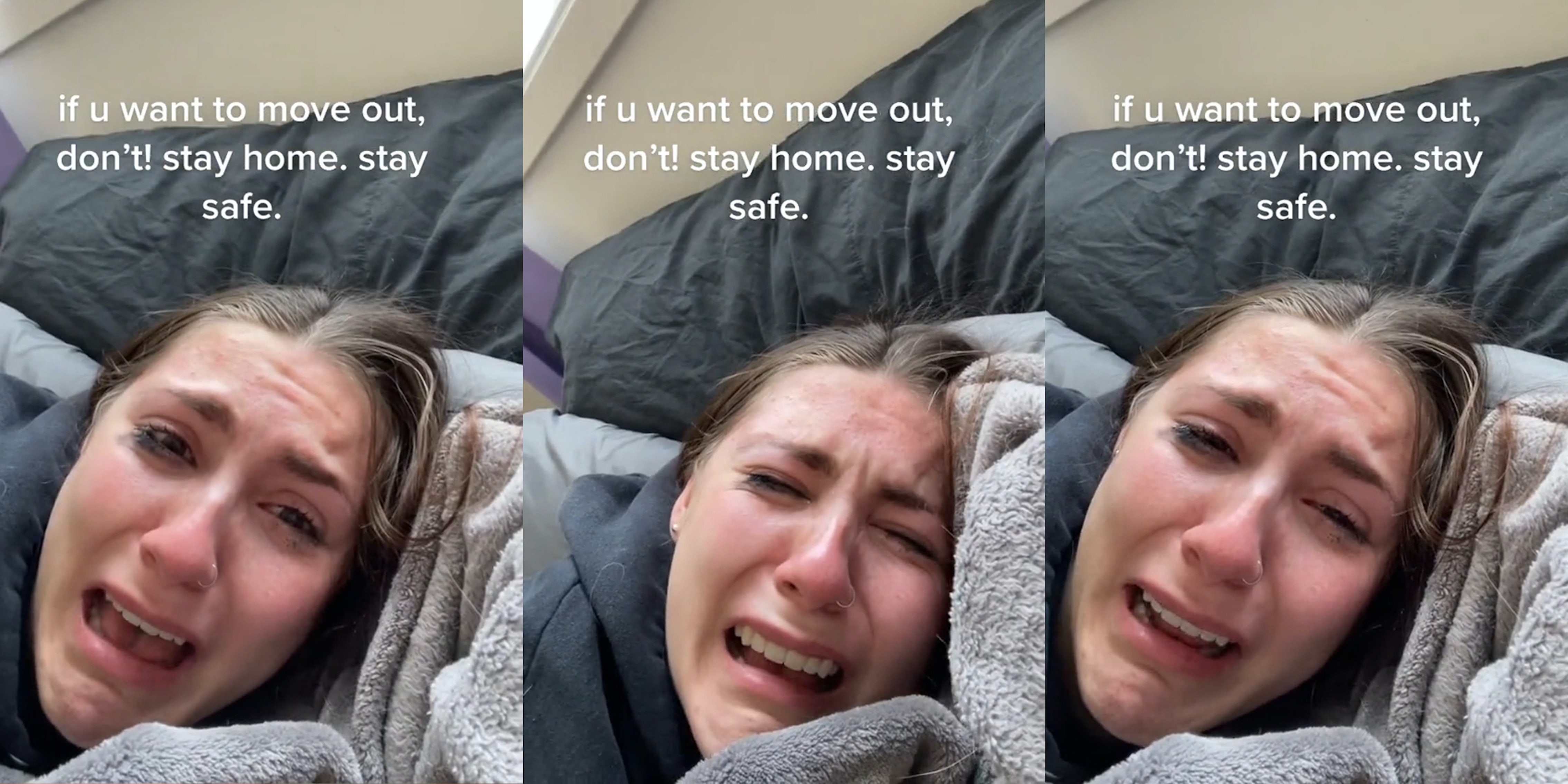 ‘I have nothing to look forward to. I can’t even afford Starbucks’: Worker bawls after receiving paycheck, not even being able to afford rent

'I wanted to be festive and buy a Christmas tree, and I can’t because I won’t have any money for rent if I do.'

More than half of Generation Zers have said they’re living paycheck to paycheck—a predicament that illustrates the effects of inflation and the troubles many have faced in landing a job that can pay enough to combat rising rent costs.

In a video posted earlier in the month that’s been viewed more than a million times, TikTok user Haley (@username38263013) sheds light on the toll such an economic situation can put on a person.

“I literally work every fucking day, except for like one day… and I only got paid $987 fucking dollars,” Haley, 20, said while crying. “What the fuck? My rent is $1,045 dollars. I have nothing to look forward to.”

“What the fuck? I can’t even afford Starbucks,” Haley goes on to say in her video. “Like I wanted to be festive and buy a Christmas tree, and I can’t because I won’t have any money for rent if I do it. I hate it here.”

About a third of American Gen Zers are living at home with their parents or other relatives, the New York Times reports. And of those who don’t, about 30% are spending about half their monthly income on rent or a mortgage.

“That’s a huge amount of money, especially for a population that doesn’t make a lot of money,” Colleen McCreary, a consumer financial advocate and chief people officer at Credit Karma, told the Times.

“I know how you feel hun. Tired of living to pay. Costs so much just to be alive,” one commenter said.

“That’s why mom said all those apartments TikToks are nice and all, but they have no savings and they work and give their money away. It took me [a while],” another commenter said, to which Haley replied, “My apartment is not tiktok aesthetic if I’m being completely honest LMFAO.”

The Daily Dot reached out to Haley via TikTok comment.