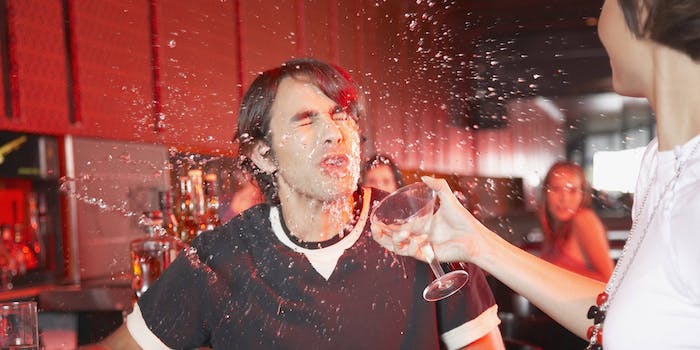 'We had to say something.'

Sonia Ulrich and two friends were indulging in a happy hour special at the iconic Fairmont Hotel in Santa Monica on Thursday night when they allegedly witnessed the unthinkable.

Ulrich details the evening in a Facebook post that has since gone viral. According to the trio, a man splitting a bottle of wine with a woman a table over had slipped something into his female friend’s drink.

The ladies waited for the woman to finish up in the bathroom before tipping her off to the alleged roofie attempt. The man, said to be a coworker, had known her for years. She considered him one of her best friends.

Not only were the women able to notify the suspect’s potential victim but they were also able to make hotel staff aware of the situation unfolding at the Figs restaurant. Security was able to review dining room footage and essentially catch the suspect in the act.

They then notified police, feigning a computer glitch to get the man to stay just long enough for officers to arrive.

Ulrich’s story certainly checks out, according to call records obtained by the Santa Monica Police Department. Law enforcement responded to a call detailing “suspicious circumstances” on the 100 block of Wilshire Blvd. at around 6 pm, subsequently arresting the suspect. Figs is located at 101 Wilshire Blvd.

The cautionary tale turned Facebook post includes statements from fellow patrons, who thanked the trio and offered up similar horror stories. Ulrich stresses the importance of speaking out in such circumstances.

“Yes, you SHOULD say something. Even if it’s awkward or weird or just uncertain [sic] if anything can be done,” Ulrich states. “Know that YOU did something. And that it helped.”