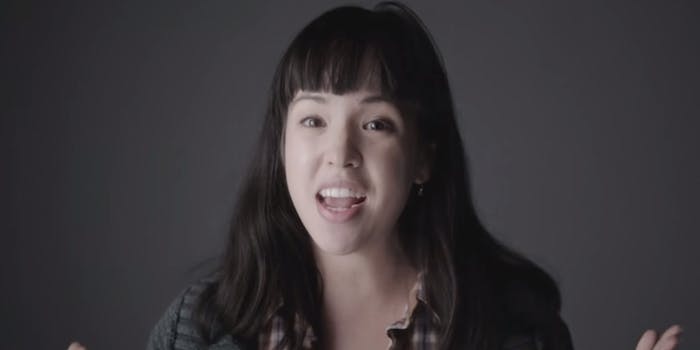 To commemorate the wonder that is the human menstrual cycle, the ladies’ intimates company Dear Kate got more than 20 women to come in and reminisce about the first time they got their periods. Some were happy about it; others, not so much. (Even if you’re a menstruation veteran, the part where they talk about the color and consistency of their first cycles is particularly cringe-worthy.)

But either way, everyone can pretty much agree on the sentiment expressed by one woman in the video: “I still hate my period, but it’s a part of me.”

Happy perioding, ladies. Let’s go out there and bleed all over our chairs with smiles on our faces, like the goddamn rock stars that we are.