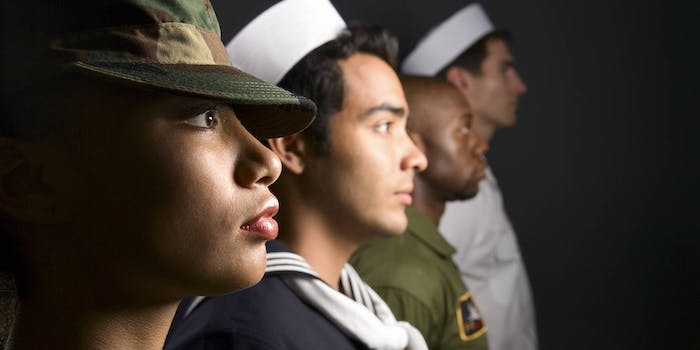 Recently, the Senate passed a defense bill that would require women to register for the draft, and it’s getting some mixed reactions from women. On one hand, yes, women are just as capable of men of serving in the military and should be treated equally! On the other, is having women and men expand American imperialism and command drone pilots really feminist?

The bill still has a long way to go before becoming law, but the Selective Service registration would apply to all women turning 18 in 2018 or later. Some see the provision as a step toward equality, recognizing that women and men should share the responsibility of serving their country.

Certainly, if there is a draft, the responsibility should be shared equally, especially in the face of those who believe women to be fundamentally incapable of such service simply because of gender.

#SelectiveService for women? I remember when men were allowed to be men and women were women. #ObamasLegacy! https://t.co/7Sc3ThX3QH

Senate approves women registering for the draft. This is plain PC stupid!

However, many are criticizing the bill. The military has a long history of being an unfriendly place to women. Two years ago, the military banned a number of popular hairstyles for black women, though it quickly revised its position. The military also has a history of covering up rapes and assaults against women, so a draft would put women in danger not just in combat, but also among their supposed peers.

But maybe having more women serve would change that—though, also, maybe we could achieve equality the other way, by having nobody register for Selective Service.

Ugh. Let's subject all of our population to the slavery of war in the name of false "feminism" #endthedraft https://t.co/A8kUerO9aa

While men ages 18–25 are still required to register for Selective Service, the draft ended in 1973, and the military has since operated with an all-volunteer force. Talk of requiring women to register is also stirring up fear that we’re on the brink of reinstating the draft. If that’s the case, then get ready for a lot of men and women, Canada!