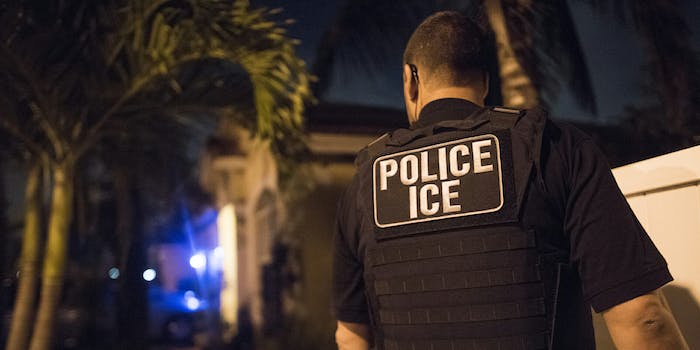 One woman wasn't seen by medical professionals until two weeks after her miscarriage.

Women held at immigration detention centers have said they were shackled while pregnant and denied medical attention while having miscarriages, BuzzFeed News reports.

Advocates told BuzzFeed News that prior to the Trump administration, pregnant women were treated “substantially different” while in Immigration Customs and Enforcement (ICE) or Customs and Border Patrol (CBP) custody.

One woman, identified as 23-year-old E, was four months pregnant and seeking asylum from El Salvador when she was detained in Arizona. This was E’s experience, per BuzzFeed News:

An official arrived and they said it was not a hospital and they weren’t doctors. They wouldn’t look after me. I realized I was losing my son. It was his life that I was bleeding out. I was staining everything. I spent about eight days just lying down. I couldn’t eat, I couldn’t do anything. I started crying and crying and crying.

She had to wait two weeks before she was seen by a medical professional.

Other women shared similar, horrific stories of receiving little to no medical care during pregnancies or miscarriages while being detained. They reported being shackled “around their hands, legs, and belly” while being transferred, even though a congressional directive bans the shackling of pregnant women in ICE and CPB custody.

ICE told BuzzFeed News that as of April 7, there were 35 pregnant women in the agency’s custody.