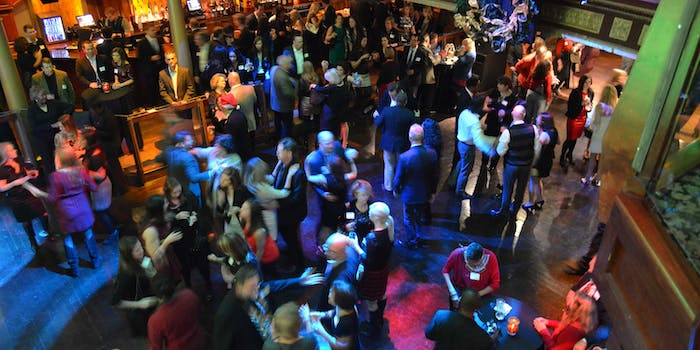 She was celebrating her birthday when it happened.

The Atlanta Police Department is investigating the sexual assault of a woman in a nightclub, an incident she captured in a Facebook livestream on early Sunday morning.

In the 15-minute long video, the woman appears to be followed by a man throughout. At first, she is seen having a good time, dancing to loud music, and celebrating her birthday, which the Atlanta PD says took place at Club Opera. But then things took a turn.

“The Video shows a black female being groped on a dance floor while an unidentified black male mounting her from behind,” the Atlanta police report reads. “In the video, you can clearly hear the female saying, ‘Stop, please somebody help me.’”

Atlanta PD told the Daily Dot in an email that they were notified of the incident by a caller who watched the video online. “The Caller stated that she saw on Facebook live a Black female being groped on her chest and possibly being raped from behind while she was screaming ‘No, stop,’” the police report reads. Officer Jarius Daugherty declined to comment further with the Daily Dot.

Although the woman herself didn’t report the incident to the police, she is cooperating in the investigation. The man has been identified by the Atlanta PD, but his information has not been revealed to the public.

In a follow-up video shared on Monday, the woman said she couldn’t take down the videos for investigation purposes. “I’m gonna be alright, I’m gonna be OK,” she said. “All I want is justice.”

She did not respond to the Daily Dot’s request for comment.