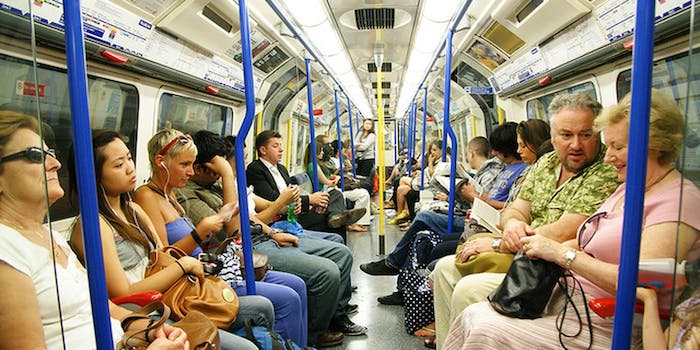 In the course of a city commute you may expect to maybe get sneezed on, but you certainly don’t expect a random stranger to drop a fat-shaming card in your lap and scurry away.

A young woman named Kara Flourish was reportedly riding the London Tube on Saturday when a stranger committed the pedestrian version of a drive-by: He gave her an alarmingly offensive card calling her “a fat, ugly human.” Florish shared photos of the front and back of the card on Twitter and Facebook.

was handed this card on the underground. is hateful + cowardly +could potentially upset people struggling with confidence 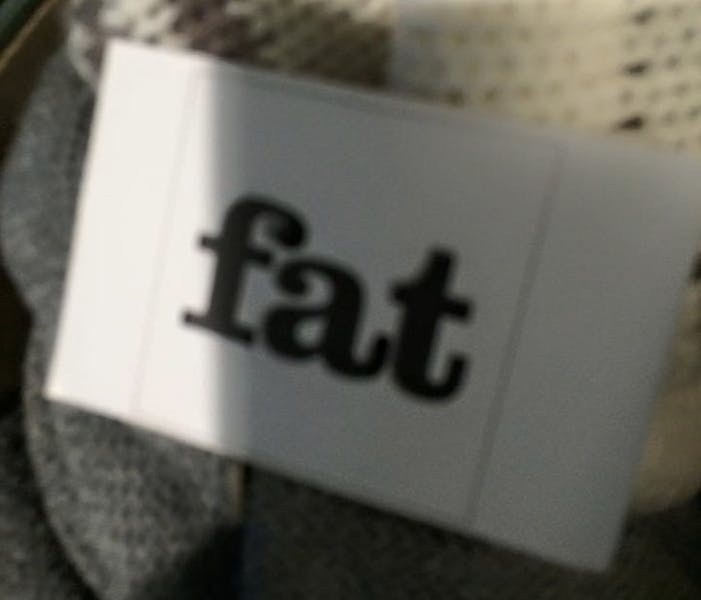 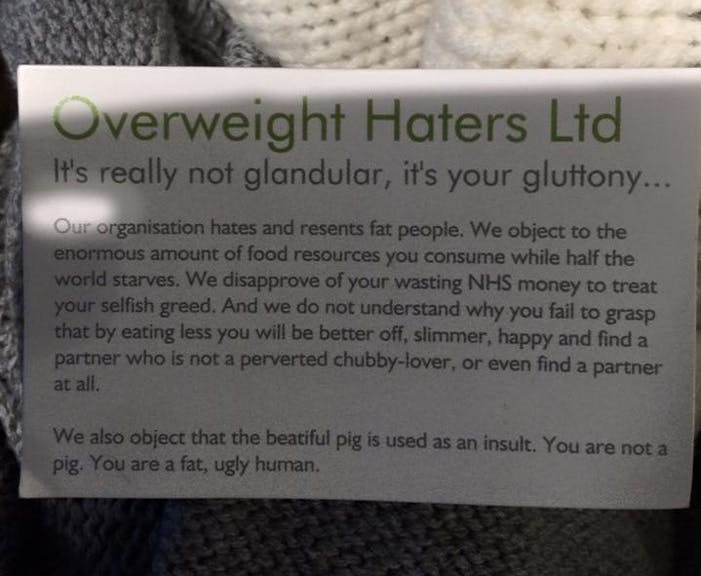 Our organisation hates and resents fat people. We object to the enormous amount of food resources you consume while half the world starves. We approve of your wasting NHS money to treat your selfish greed. And we do not understand why you fail to grasp that y eating less you will be better off, slimmer, happy and find a partner who is not a perverted chubby-lover, or even find a partner at all.

We also object that the beatiful [sic] pig is used as an insult. You are not a pig. You are a fat, ugly human.

The card indicates that a group called Overweight Haters Ltd is responsible for their distribution. But a search for the group doesn’t turn up any legitimate websites—just a thread on Voat linking to Florish’s photos and Facebook post, and messages from users supporting the hateful message.

Even though the bigots remain unidentified, style blogger Catherine Summers came up with the perfect response for them.

@kflorish I hope this brings a smile to your face. Be smug in the knowledge you're a kind and decent human being x pic.twitter.com/Jhv0HqSA3p

Update 1:43pm CT, Dec. 1: Plus-size retailer Navabi swiftly responded to the fat-shaming cards by producing cards of its own that say “You look GREAT!” They sent fashion blogger Arched Eyebrow out on the streets of London to hand out the cards, and encourage, rather than discourage, random passersby.

When we heard about some terrible fat-shaming on the London Underground we decided to take matters into our own hands and give these mood-boosting cards out to people around London! @archedeyebrow hit the wet streets of Soho to brighten up some people's days. See our Twitter timeline for the design if you want to print your own!