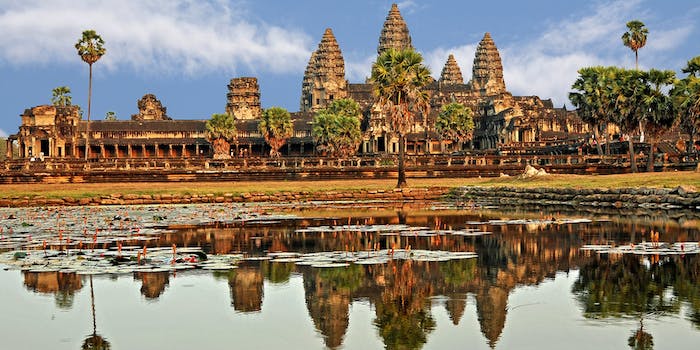 Here’s how easy it is to fake a disappearance on Facebook.

We all have a tendency to exaggerate the more enviable aspects of our lives on Facebook: wedded bliss, that cool new job, and—perhaps most prominently—the dream vacations.

Give Zilla van den Born some credit, then, for taking the phenomenon to its absurd extreme, fabricating a 42-day tour of Southeast Asia from whole cloth. Last year, the 25-year-old student and graphic designer got a lift from her parents to Amsterdam’s airport as if to embark on a global journey, then hopped a train back to her apartment and began her deception.

“I did this to show people that we filter and manipulate what we show on social media,” she said of the project, undertaken for a university course, in comments to Oddity Central. “Thereby we create an online ideal world which reality can no longer meet. My goal was to prove how common and easy it is to distort reality.”

Photoshop was an essential tool in her repertoire, though she also cooked exotic meals and staged “long-distance” Skype chats:

After six weeks of supposedly traveling abroad in Thailand, Cambodia, and Laos, Van den Born showed friends and family how they’d been duped. Their reactions ranged from shock to disbelief, delight to indignation. They’d taken what she’d posted as unquestionable truth.

So from now on, best to treat everything said on Facebook as a vicious pack of lies. If you didn’t already, that is.