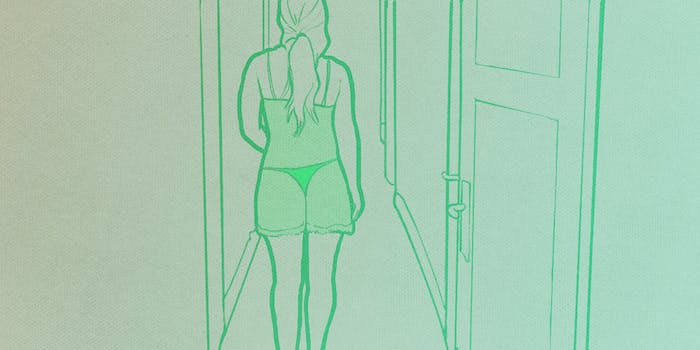 Welcome to the 19th Century.

Police in Wisconsin arrested two college-aged women for the crime of “prostitution by engaging in non-marital sexual intercourse,” according to the Northwestern.

Did you read that right? Because I had to take a second look this morning. And then a third, and a fourth, and then a good long read of Wisconsin’s statutes regarding “sexual morality” just to be sure I wasn’t losing my mind.

But yes. As it turns out, the state of Wisconsin has several laws on the books banning non-marital intercourse. And the Dairy State is hardly the last bastion of Victorian-era morality laws. As of 2014,  Massachusetts, Virginia, Georgia, Idaho, Mississippi, North Carolina, Utah, and South Carolina also had laws banning ‘fornication,’ meaning sex between two people who aren’t married to each other. In Michigan and Florida, it’s illegal to live with your significant other unless you are married.

Fortunately for millions of couples across America, the ancient fornication laws go largely unused. What they are frequently being used for, however, are increased charges against women who are trying to make a buck by offering sex for cash online.

According to the Northwestern, the two Wisconsin women, one 23 and the other only 20, were arrested after police responded to an ad on Backpage.com in early Sept. The women protested the arrest, saying they had been advertising massage. The 20-year-old is now facing up to six years in prison.

Wisconsin’s legal code regarding sex is confusing. According to the law, soliciting a person “to have non-marital sexual intercourse or to commit an act of sexual gratification, in public or in private, involving the sex organ of one person and the mouth or anus of another,” is a misdemeanor. A series of similar laws repeatedly refer only to the “mouth or anus” of the people having sex. Either these laws were written specifically to try and eradicate rentboys having gay sex, or somebody in the legislature didn’t have a solid grasp of female anatomy.

The young women arrested under Wisconsin’s sexual morality laws might be able to use the law against itself by simply stating that they intended to have vaginal intercourse only. However, it would seem something fishy is going on with the legal system if certain laws on the books are ‘ghosted’ for the majority of the population, and used solely to target a select few.