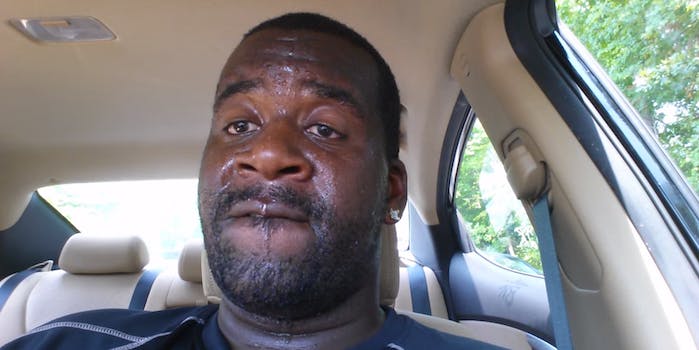 You shouldn't do it regardless, but here's yet another reason why.

One man sat in his own car in 90-degree weather just to show people how dangerous it is to lock your kids and pets in a hot vehicle during the summer.

Every year, we hear more and more about children and pets who suffer serious injuries or die after they’re left in a car on a scorching day while adults go to run errands even for a few minutes. Terry Williams knows that it’s an idiotic thing to day, but instead of just venting about it, he decided to demonstrate it.

With the air off and the windows rolled up, Williams sat the car and sweated up a storm pretty quickly. But what he’s feeling is probably nothing to what the children sitting in a car by themselves experience, and it’s something he’d never do to his own children.

“As you can see, I’m sweating, like I can barely breathe out here, but my system is stronger than these little kids’ systems,” he said.