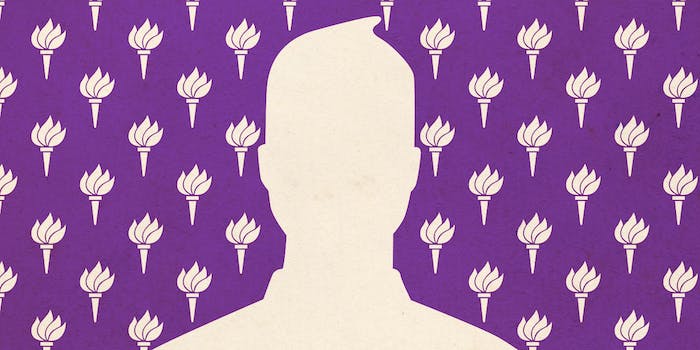 No, those White Student Union groups on Facebook are not real

A series of White Student Union Facebook groups is alarming campuses across the country.

Over the past few days, a slew of Facebook pages has descended upon the American university system and sent students and campus administrators alike into a fury.

But today, it’s clear that the “White Student Union” pages that popped up in association with colleges across the country were the actions of trolls egging each other on in 8Chan forums and on Twitter.

In the 8chan thread /pol/ or ‘politically incorrect,’ users encouraged one another to set up the hoax profiles, then watched with amusement as media attention and student opposition to the White Student Unions grew.

According to 8chan users posting on Sunday, an ‘op’ (an operation) started a few days before with the goal of starting White Student Union pages claiming to be affiliated with “lots of colleges.” The intent was to make it seem as if students were organizing in opposition to the burgeoning Black Lives Matter movement.

A Twitter user called @ReactionaryTree appears to be heavily involved in the hoax. On November 20, in a tweet that has since been removed, @ReactionaryTree urged followers to create the fake pages. Over the next three days, the @ReactionaryTree account carefully tracked the media attention and opposition that followed.

Then on Sunday night, a post appeared on Medium that suggested @ReactionaryTree was behind the whole White Student Union hoax—to which @ReactionaryTree responded by telling people on Twitter to harass the Medium author by reporting his or her account.

8chan troll ops are becoming more and more insular, with trolls creating both the initial controversial action and its countering opposition. At least one Facebook page was created on Saturday specifically in opposition to the White Student Union pages, which links to the website for the Students for a Democratic Society. However, it’s unclear whether that opposition page was made by a troll trying to inflame the scandal or actual SDS activists. It’s also worth noting that on the 8chan /pol/ page, one user posted, “Don’t forget to move to phase 2: pretend to be black on twitter and organize protests against the racist white students on campus.”

This hoax wouldn’t be the first time that trolls from 8chan and 4chan invented a confusing movement in which they played both sides, or just pretended to be the ‘libtards’ and SJWs (social justice warriors) they often mock.

In October, some 4chan trolls and men’s rights activists put together a fake rape survivor support campaign called #Pissforequality and posted photos of women supposedly peeing their pants to raise awareness of the violence of rape. In August, a similar campaign employed Photoshop and the hashtag #ThinnerBeauty to launch a faux body-positive series of pages that were meant to appear as a sort of pseudo-femininst thinspiration movement.

On Monday, at least one college denounced its local White Student Union page as a fake. NYU issued a statement to the New York Daily News that made it clear that the page is not in any way associated with the school and that they take issues of race seriously.

“There is no such organization as this at NYU, the Facebook page is using NYU’s logo illegally and without permission, and we have contacted Facebook to demand the NYU logo be removed,” NYU Director of Public Affairs Matt Nagel told the Daily News on Monday. “We reject—and we call on others to reject—efforts such as this to derail or distort candid, thoughtful discourse on race.”