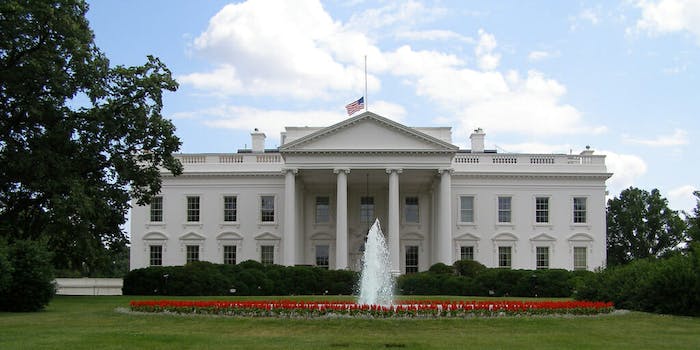 Tibbetts' family has spoken out against the politicization of her death.

Amid news about the killing of Mollie Tibbetts, the White House shared a video adhering to anti-immigration sentiments.

Tibbetts, a 20-year-old student, went missing in Brooklyn, Iowa, after going for a jog on July 18. Following the review of surveillance footage in the area where Tibbetts was jogging, police arrested 24-year-old Cristhian Bahena Rivera on Tuesday. He later confessed to murdering Tibbetts.

The White House tweeted the anti-immigration video on Wednesday with a caption about Tibbetts’ death. “The Tibbetts family as been permanently separated,” the tweet says. “They are not alone.”

The video features parents whose children were killed in car accidents or other incidents perpetrated by undocumented immigrants.

The video flips the narrative surrounding the Trump administration’s immigration separation policies that dominated media headlines over the past several months. Under the zero-tolerance policy created in April, nearly 2,500 immigrant children were separated from their parents at the border.

The White House’s tweet containing the anti-immigration video also refers to Rivera as an “illegal alien.” Law enforcement officials have said that Rivera was an undocumented immigrant, while Rivera’s lawyer maintains that he was working legally in the U.S., according to the Des Moines Register.

President Donald Trump emphasized Rivera’s arrest at a rally in West Virginia on Tuesday. NPR reports that Trump said: “You saw what happened to that incredible, beautiful woman. It should have never happened … We’ve had a huge impact but the laws are so bad, the immigration laws are such a disgrace.”

Other political leaders have highlighted Tibbetts’ death as an argument against immigration. Former Speaker Newt Gingrich told Axios that if Tibbetts becomes a “household name,” it will benefit the Republicans in November elections.

Tibbetts’ family, meanwhile, has spoken out against the politicization of her death.