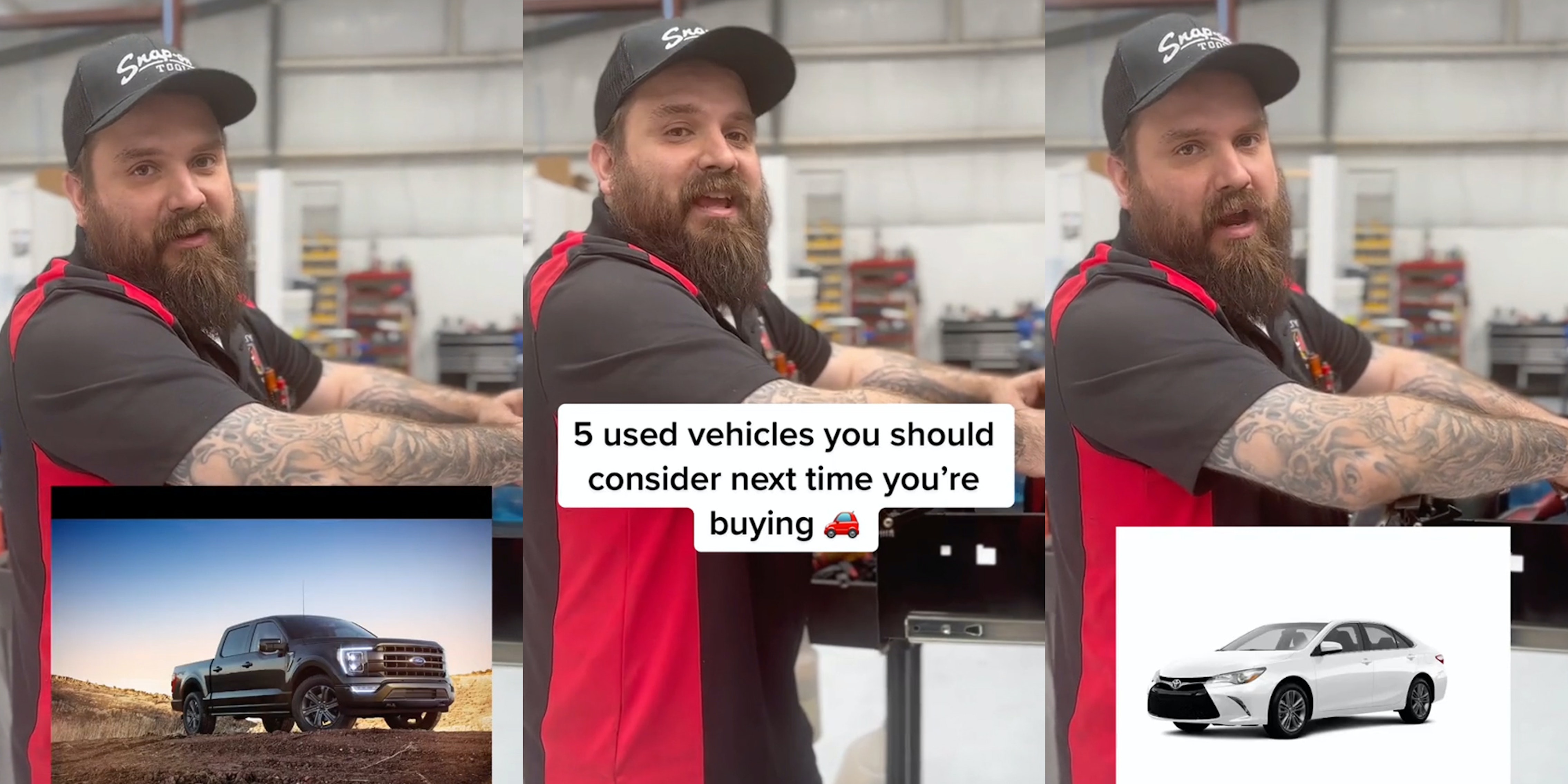 ‘It’s luxury at a discounted price’: Mechanic shares what used cars you should buy

A mechanic shares the most reliable car models for prospective buyers looking to purchase a used vehicle, detailing the pros and cons of each in a now-viral TikTok.

In a clip posted by Royalty Auto Service (@royaltyautoservice) on Jan. 6, Andy, one of the mechanics at the shop, recommends “five used vehicles” that he has rarely seen issues with when they come into for service.

The video has reached over 3.1 million views as of Jan. 18, with viewers sharing their experiences owning some of Andy’s recommended vehicles.

For a larger pick-up truck, Andy recommends the Ford F-150. He says that aside from occasional water pump problems, he hasn’t seen many major issues with the rest of the vehicle.

“Yes, it makes us a lot of money as technicians, but the five-liter has been very dependable for us,” he says in the clip.

In the comments, one user said that their dad’s F-150 has been reliable even after putting on the mileage, writing, “My dad had the 5.0l ford and he did 250k miles on it and it still runs.”

Andy says there’s a reason these “indestructible” compact trucks are used “in the desert a lot overseas.” However, you might have a hard time finding this model for that reason.

“You’ll have to do some digging, but those are good quality pick-up trucks,” he says.

One lucky user was able to get their hands on one of these in-demand trucks, writing, “I traded my Chevy for a Tacoma. I’ll have that truck until it dies or I do.”

As a self-described “Honda Guy,” Andy says you can’t “find a better, more reliable car” than a Honda Accord or Civic. However, he warns that he has seen some “issues with the AC systems” on some of the newer Hondas.

Several commenters endorsed his opinion on the brand.

“You cannot beat Toyota Camry,” Andy says, praising the feel of driving one. “It’s luxury at a discounted price.” He continues that they are a great choice because they “hold value” and “go forever.”

“We just had one in today that had over 200,000 miles on it, and it’s been very well maintained,” he says in the clip. “The car drives better than anything else that was in the shop today.”

A viewer co-signed his observation, writing, “I’m driving a 20-year old Toyota Camry Solara, manual, 4 cyl. You people have no idea how smooth it is.”

Despite anticipating some “hate” for recommending this brand that he says is notorious for “leaks,” he calls Subaru the “Harley Davidson of the automotive world.”

“They’ll get you through anything: Any type of weather, they last forever,” he says.

One commenter wrote, “Got a 2013 Subaru Legacy and that thing is doing just fine in our Canadian winters. The thing is mini tank lol.”

At the end of the video, Andy advises that these recommendations are more for the Southeast and don’t account for cars that hold up better against rust, which buyers from other regions may need to be warier of.

The Daily Dot reached out to Royalty Auto Service via email.