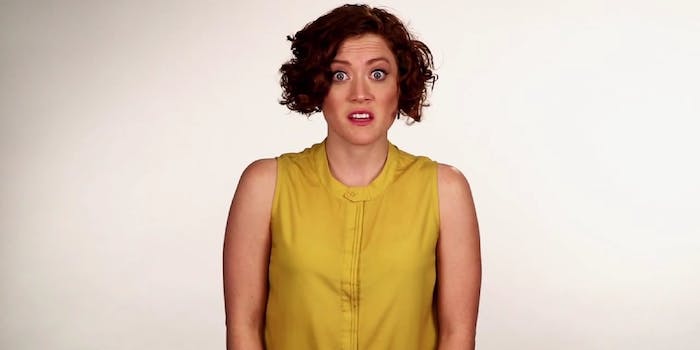 Here are the questions you should never, ever ask a rape survivor

For starters, never ask: "Are you sure it was rape?"

According to the Rape, Abuse & Incest National Network (RAINN), an American is sexually assaulted every 107 seconds, and 44 percent of victims are under the age of 18. These statistics are alarmingly high, yet people still continue to make tasteless jokes about rape.

Just in time for Sexual Assault Awareness Month, a site called Rape Joke released a video outlining the many questions people ask when they find out a friend or loved one has been sexually assaulted.

While many of the questions in “What Not To Say” seem obvious, the clip makes it clear that even well-meaning words can have a disastrous effect. Asking a friend to “spill the beans” about their rape or pressuring them to report it to the police are both huge no-nos. So is asking, “Are you sure it was rape?”

The video was produced by Rape Joke, which posted the following mission statement on its Tumblr:

RAPE JOKE is an ongoing, multiplatform project that seeks to inject the national conversation about sexual violence with the voices of its least considered participants– the survivors. With a unique blend of dark, edgy humor and unflinching sincerity, RAPE JOKE cracks open the taboo of discussing rape as a normal, every-day occurrence with predictable impacts on victims and communities, challenging the narrative of rape-as-anomaly and therefore undeserving of broad social scrutiny.