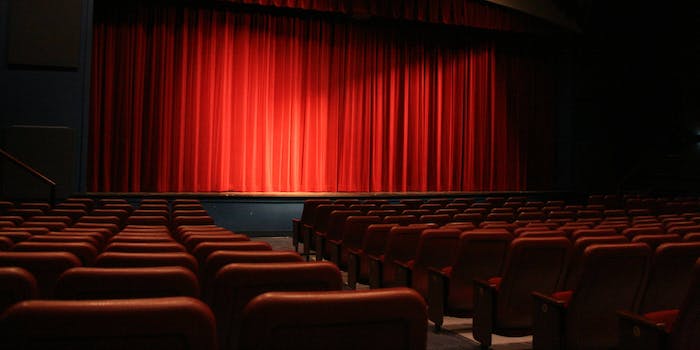 The old Wells Fargo wagon won't be coming down the street no more, that's for sure.

Being an artist is hard work. Not only does it take 10,000 hours of practice to truly master your craft, but all along the way there’s likely a chorus of doubters subtly suggesting it might be more practical if you gave up on your dreams and got a nice, steady job at the bank.

But what of the people who work at the bank? They’d at least be supportive, right? As it turns out, sometimes your friendly neighborhood mega-bank can be just as condescendingly judgmental as your aunt who keeps dropping the starting salaries for first year lawyers into casual conversation

A brochure made by Wells Fargo attracted criticism among the artistic community this week for appearing to actively dissuade young people from pursuing careers in the arts. The ads, which promoted the bank’s “Teen Day,” showed pictures of two teenagers with one caption reading “A ballerina yesterday. An engineer today. Let’s get them ready for tomorrow,” and the other reading, “An actor yesterday. A botanist today. Let’s get them ready for tomorrow.”

The ad quickly drew the ire of people who are, today and tomorrow, actors and ballet dancers.

Hi, teens. Plenty of us have happy and successful lives in the arts. And do better, @WellsFargo. (thx @LauraBenanti) pic.twitter.com/p0gWPFoCbO

Missed my shot at becoming a real grown up/ botanist. @WellsFargo pic.twitter.com/b5onzbuibP

Dear @WellsFargo, BROADWAY WROTE A WHOLE MUSICAL NUMBER ABOUT YOU and THIS is the thanks we get?! #shameonyou pic.twitter.com/uHqL5hK99N

Shame on you @WellsFargo for discouraging kids from pursuing careers in the arts. I did and I couldn't happier. pic.twitter.com/WUDGzRM8Om

Apparently @WellsFargo doesn't think that an actor or a ballerina require any work at all! Shame pic.twitter.com/BZyLZOQmUw

Arts education saved my life and countless others. Artist life is beautiful. Don't listen 2 @WellsFargo– it's a trap pic.twitter.com/Dz3Q6mNlEL

Well this is gross. @WellsFargo just told me that I should look for other work. Here's to tomorrow! pic.twitter.com/xqBQXFs0vH

Following a few days of social media grumpiness, Well Fargo tweeted out an apology on Saturday for running the ads.

This incident isn’t the first time a brand has had to talk back statements that caused drama with actors and other creative folks. Last year, AT&T apologized for an ad saying customers could “Flip between the fight, the game, and the ballet you didn’t want to go to.” In December, Old Navy said it was sorry for selling shirts that read “Young Aspiring Artist” with the final world crossed out and replaced with jobs like “astronaut” and “president.”