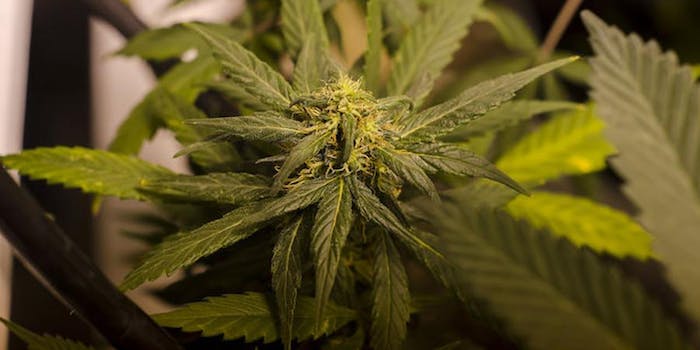 Weefr will help clear the haze on a taboo subject.

Are you scared of lighting up in front of your friends, out of fear of being labeled a pothead? Fear no longer. Weefr is here to tell you which of your buddies are straight edge, and which ones enjoy some good, old-fashioned marijuana.

After connecting to your Facebook, the website pulls your social network data and analyzes your friends. Weefr then spits out a graph telling you what approximate percentage of your friends smokes weed. 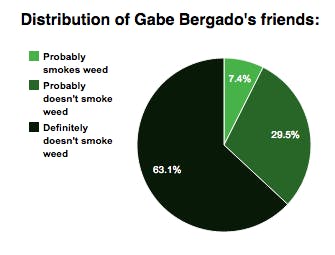 The goal of the website, says Weefr founder Tony Small, is to eliminate the stigma attached to partaking in recreational ganja.

“It’s part of my general belief and advocacy of the normalization of marijuana laws and culture,” says Tony Small, the creator of the site. “There’s still a fair amount of taboo around it, especially if you’re meeting with people you don’t really know. People don’t generally talk about it, especially beyond their 20s.”

Small also runs Marillow, a resource for people interested in legal marijuana use. Weefr is a spin-off of sorts from Marillow.

To calculate its results, Weefr analyzes various data points after it scans your Facebook friends, such as their state, age group, marital status, number of friends and the age of their other friends. It then uses that information and compares it to standard research on marijuana usage, which produces the data that users see.

Small says that Weefr is intended as a guide to navigating conversations about pot usage with friends you might not have smoked with before. He wants Weefr to facilitate discussion and make people feel more comfortable with talking about the topic.

But that doesn’t mean that Weefr is a foolproof way of predicting whether or not your friends light up. It just means it looks at common trends and make a semi-educated guess.

For instance, when I was going through my own list of the friends Weefr said were most likely to smoke weed, I knew for a fact some of the friends at the top of the list didn’t smoke at all. I assumed they were ranked so high simply because they were male, in their early 20s, and lived in San Francisco.

To help calibrate the results, users have the option to notify Weefr if the friend “uses weed” or “does NOT use weed.” This helps Weefr collect data about certain cities where there might not be a lot of available information about the weed-smoking population.

Weefr also features a diagram of celebrities who have been known to smoke weed near the top of the results page, ostensibly to make smoking THC seem a little more attractive and enticing. 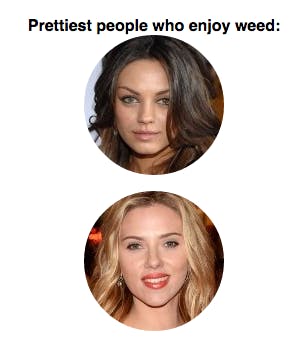 But on a more serious note, Weefr also highlights the racism associated with marijuana arrests. While black and white people use marijuana at about the same rates, that isn’t the case when it comes to the arrest rates for marijuana possession.

“A lot of people smoke marijuana, [but] if you’re black, you’re more likely to end up in prison,” Small says. “It helps to let people know that, to bring it closer to home about this seemingly innocuous thing.”

Weefr might not be extraordinarily accurate, and the technology definitely has its kinks (much like the recently viral Microsoft facial recognition tool to predict users’ age). But the website is helping fight for the legalization of weed.

“Let’s have more conversations about [smoking weed],” Small says. “As more people do it and talk about it, it’s more accepted in society, and that’s part of the goal of Weefr.”

Photo via globalpanorama/Flickr (CC BY SA 2.0)