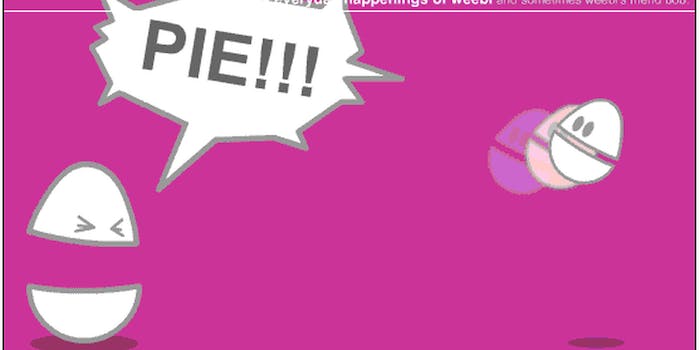 Ten years after the debut of his still-awesome Web series, Weeble reflects on how the Internet and his work have changed together.

In the beginning, God created the Heavens, the Earth, and the Internet.

OK, maybe not. But the Internet has become a central part of our lives so quickly it’s hard to remember that it’s only been around for a few years. Yes, there was a time before YouTube, Soundcloud, and even Blogger. And back then, just after the demise of Napster, there emerged a Flash cartoon series called Weebl and Bob in 2002. Then it was featured on MTV, and some things were never the same again.

Weebl and Bob were a pair of incoherent, featureless egg-shaped beings who spent a great deal of time searching for pie and most of the rest bickering. Their gibberish banter made Cheezburger Cat look like Oscar Wilde and ranged from “You a wanker!” “No, YOU a wanker!” to an ambitious (but still unintelligible) reworking of “Sexyback” into an ode to pastry. 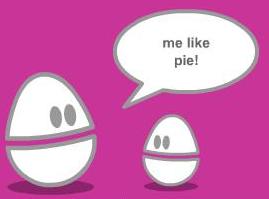 As the great philosopher Mister Spock once said, the more intellectual mind, the greater the need for play. This was, no doubt, quoted by thousands of fans as they tried to explain their addiction to this proudly un-intellectual video series.You had to have been there to truly understand. We are talking about a point in time when a two-minute video could take an hour to download on dialup.

Weebl is still around and still producing videos. But he’s gone upscale, hosting a destination site featuring his videos as well as those of numerous contributors. It’s no Cheezburger Network, but for the Internet, this is an empire.

Ahead of his appearance at ROFLcon, the Daily Dot spoke to Weebl (36-year-old Londoner Jonti Picking). These days he works full-time on his site, which features a coterie of paid contributors as well as offering viewers the chance to upload and share their own creations.

It’s not every day we get to speak to the creator of the Badger video and “Narwhals,” and we are pleased to report he’s a great deal more focused and intelligible than his cartoon characters.

Daily Dot: You’ve been going 10 solid years on the Internet. Have you had the same audience all this time, or is there turnover? Are you still appealing to the same group?

“Some have stuck with us and we get new visitors and fans as well. Hopefully it’s growing still but I don’t know for sure. I like to think that we’re still going strong because we always try and push ourselves to not churn out the same thing again and again. I like to try and mix it up a bit.”

DD: How did your site grow from the cartoons to the destination site that it is now?

“Pure fluke is probably the most honest answer. I’m not even sure weebls-stuff.com is a destination site any more as the Internet has probably become a lot more centralised around the big sites like YouTube. Is this a bad thing? Not really but I do wish it was easier to communicate with followers than it is. You give up a lot of control by moving to where people can best see your work.

“Peabo was the first regular animator, and I have no real idea when he joined up but it was probably about 5 or 6 years ago now. It’s all a bit of a blur. The animators I work with have to be able to visualise my rambling instructions and have an understanding of comedy pacing. It also helps if they don’t get too angry if I change vast tracts of their work.”

DD: Did you start out aiming to grow or did you get into it just for fun? How much time did you spend working on the cartoons in the beginning versus how much time the site takes now?

“It was just for fun. It’s still fun but we’re actually trying to grow the business side of things this year. More cool merch like the Cat Face clocks, that sort of thing. When I started I’d just work through the nights on stuff. Now I’ve got kids so I have to stop around 11 pm these days and weekends are a no no.”

DD: What kind of demographics do you have on your site users? Do the stats differ from back in the day?

“It’s the same as it’s always been, with a mainly mid-teen audience.”

DD: With so many hundreds of millions of websites out there, attention is getting fragmented. How has this influenced you and your readers?

“This is completely false. Think how many websites you actually visit regularly. You probably start with a trip to Reddit, maybe go to YouTube, Twitter, and Facebook. On top of that you have maybe 3 other sites. Everything is more centralised and to a certain extent it’s somewhat sanitized as well compared to what the net was like before. I love Reddit, but the group think only allows a few sites to make it to the front page.”

DD: Are the changes overall a good or a bad thing?

“YouTube has allowed a lot of people with good ideas make a living doing something entertaining. That is a good thing. I’m slightly worried about the current governmental obsession with copyright overkill, but over time I hope more Web-savvy minds will get a greater say.”

DD: The average Internet user now is far different from the average when you started. What differences do you see? Have you changed with the times as well, and if so how?

“For me the biggest changes are on the tech side. My early stuff was made so that download times would be minimal even on 56K modems (any less had to just suck it up for being cheapskates). Processing power has also ramped up a bit too. Weebl and Bob were so simple purely because I wanted them to move smoothly even though Flash was a total hog. Now I don’t really do pure Flash anymore because of video streaming. After Effects has allowed me to make things that just wouldn’t have been possible before.

“We put so much more effort into making things now, but I don’t know if anyone actually cares. It could still look like ass as long as it was funny. It matters to me though.” 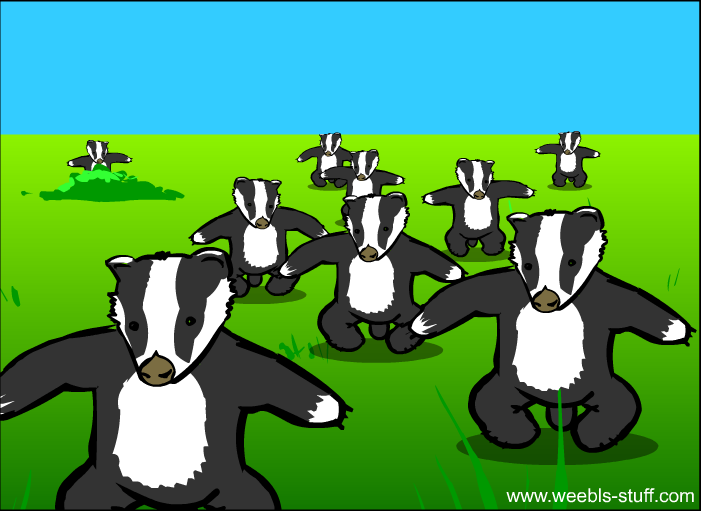