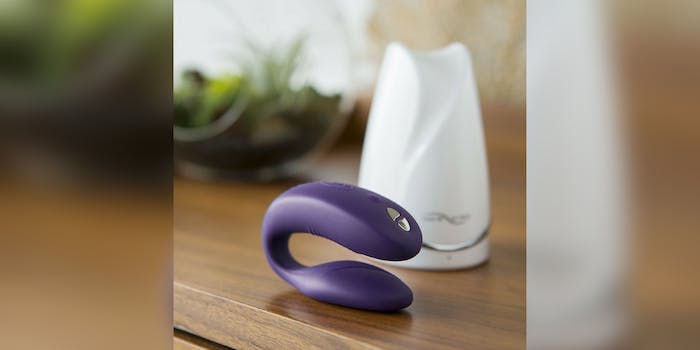 Sex toy manufacturer We-Vibe has been ordered to pay customers who used their “smart” vibrators up to $10,000 each for collecting information about their sex toy usage without their knowledge.

The We-Vibe 4 Plus is an internet-enabled sex toy—known as teledildonics—that allows partners to bridge distance and control the toy’s settings by using the We-Vibe phone app. But as the Daily Dot reported in August, the phone app collected more intimate information than initially thought, and made that information susceptible to hacking.

At last year’s Def Con hacking conference in Las Vegas, hackers Goldfisk and Follower showed off the app’s vulnerabilities, and the information it collected, such as the device’s intensity setting and temperature. The class-action lawsuit followed a month later, with a plaintiff stating that she purchased a device and used it several times with the companion app, but was never informed of the data collection.

According to a statement from Standard Innovation via the Guardian, the company said they’ve since increased security within the application.

“At Standard Innovation we take customer privacy and data security seriously. We have enhanced our privacy notice, increased app security, provided customers [with] more choice in the data they share, and we continue to work with leading privacy and security experts to enhance the app. With this settlement, Standard Innovation can continue to focus on making new, innovative products for our customers.”