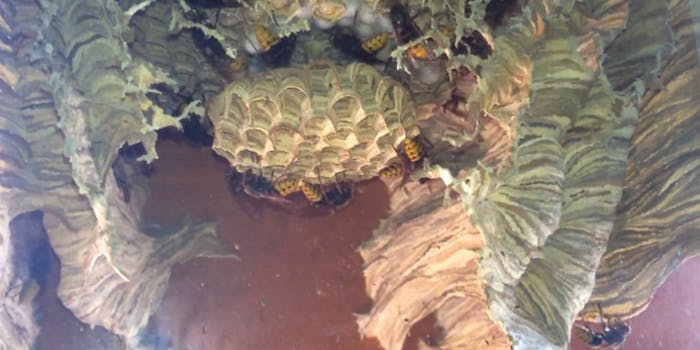 A normal reaction to wasps is likely flailing terror and panic, but what if you could observe the inner workings of a nest from the (relative) comfort of your home?

That’s what YouTuber Vang Tsal is currently doing. He posted a short clip of a nest that was constructed in his window, and is still being finished out. The way the nest was built, you can see a cross-section and look directly into their fascinating world. Several commenters asked him to set up a camera to catch the construction in real time. Watching the wasps in their element is actually… sort of meditative. And their nests end up looking like works of art.

The flipside: This is the beginning of a horror movie, and the call is coming from inside the house.