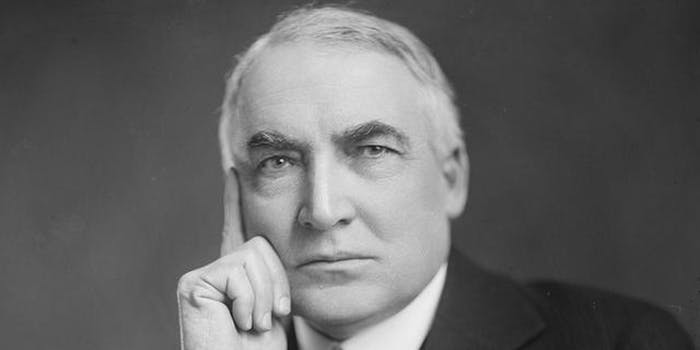 Move over, Fifty Shades of Grey.

Earlier this month, Warren G. Harding’s “smutty f**k notes” set the Internet aflutter when the New York Times published excerpts from historian James Robenalt’s transcripts. There was pearl-clutching and talk of “pillowing breasts.” There was the revelation that Harding nicknamed his little G “Jerry.”

Now, you can get your Fifty Shades of Warren G. fix whenever you like: Today, the Library of Congress released the letters for public consumption, 50 years after being sealed.

The letters, written between 1910 and 1920, the year Harding became president, were to Carrie Fulton Phillips, a woman Harding had an affair with while he was lieutenant governor of Ohio and on into his time as a U.S. senator. The collection had been sealed as part of a court order, after historian Francis Russell obtained them in 1964 and Harding’s family threatened to sue. This order expired on July 29, 2014.

He was known for promising a “return to normalcy,” his campaign slogan in 1920, but these letters—many of them sexually explicit, but some politically tinged, as Phillips supported Germany during World War I and was rumored to be a spy—are far more scintillating than whatever political sex/text scandal is currently dominating Internet headlines. Harding was actually a pretty great writer and was fond of “code words.” 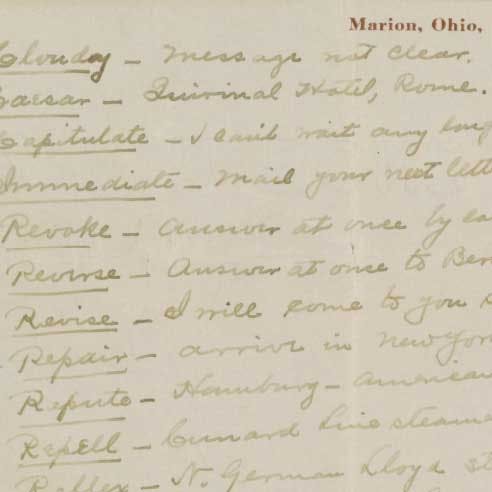 He also might have sent Phillips history’s first dick pic:

Jerry — you recall Jerry, whose cards I once sent you to Europe — came in while I was pondering your notes in glad reflection, and we talked about it. He was strongly interested, and elated and clung to discussion. He told me to say that you are the best and darlingest in the world, and if he could have but one wish, it would be to be held in your darling embrace and be thrilled by your pink lips that convey the surpassing rapture of human touch and the unspeakable joy of love’s surpassing embrace.

Here’s to your summer reading.