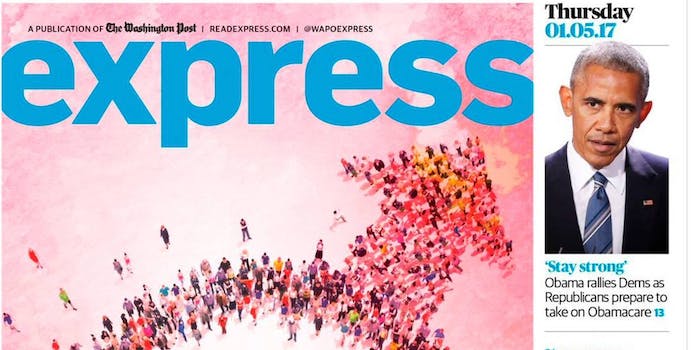 Can you tell what's wrong with this image?

The Washington Post is considered a bastion of good journalism, and one would think the same standards apply to their free daily, the Express. And yet today, it embarrassed itself with a cover story on the Women’s March on Washington featuring the male symbol. 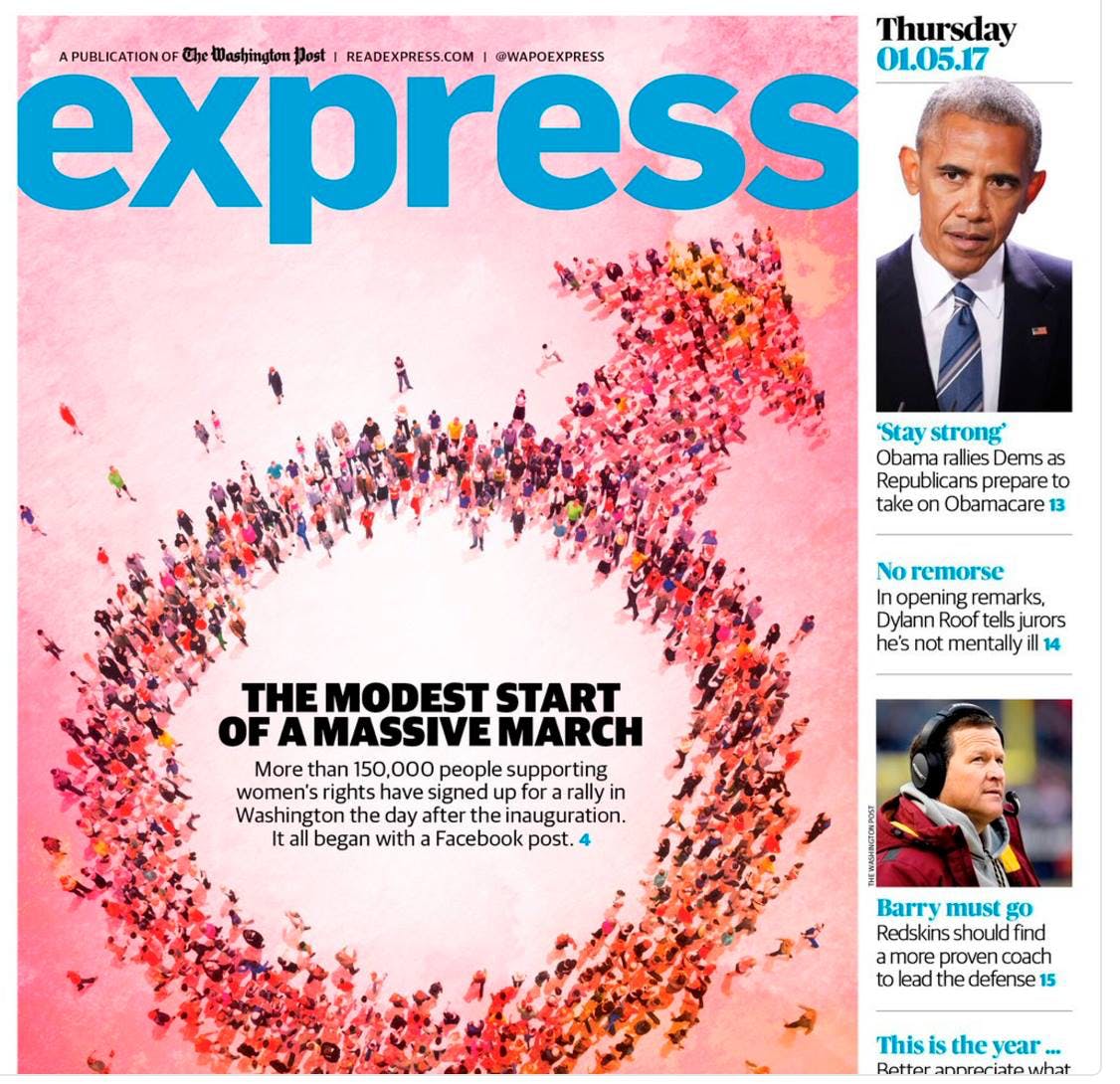 The Daily Dot has reached out to Express for comment and will update if we get a response, but it’s hard to imagine just how many editors it went through with no one noticing it was the wrong symbol. Then again, I stared at it for a while without noticing anything was wrong, maybe because there was so much pink. Either way, Express removed the cover from Twitter and posted an apology.

We made a mistake on our cover this morning and we’re very embarrassed. We erroneously used a male symbol instead of a female symbol.

This is how the cover should have looked. We apologize for the mistake. pic.twitter.com/MKKOkHPV8T

Prince's symbol would have been closer https://t.co/aeQk2iv0dW

Both the WaPoExpress's original tweet and its apology had misspellings, too. pic.twitter.com/aQKcUxnZX4

While we’re unsure of the gender makeup of the Washington Post‘s art department, in 2014 they were close to having an all-male masthead. Better luck next time, folks.