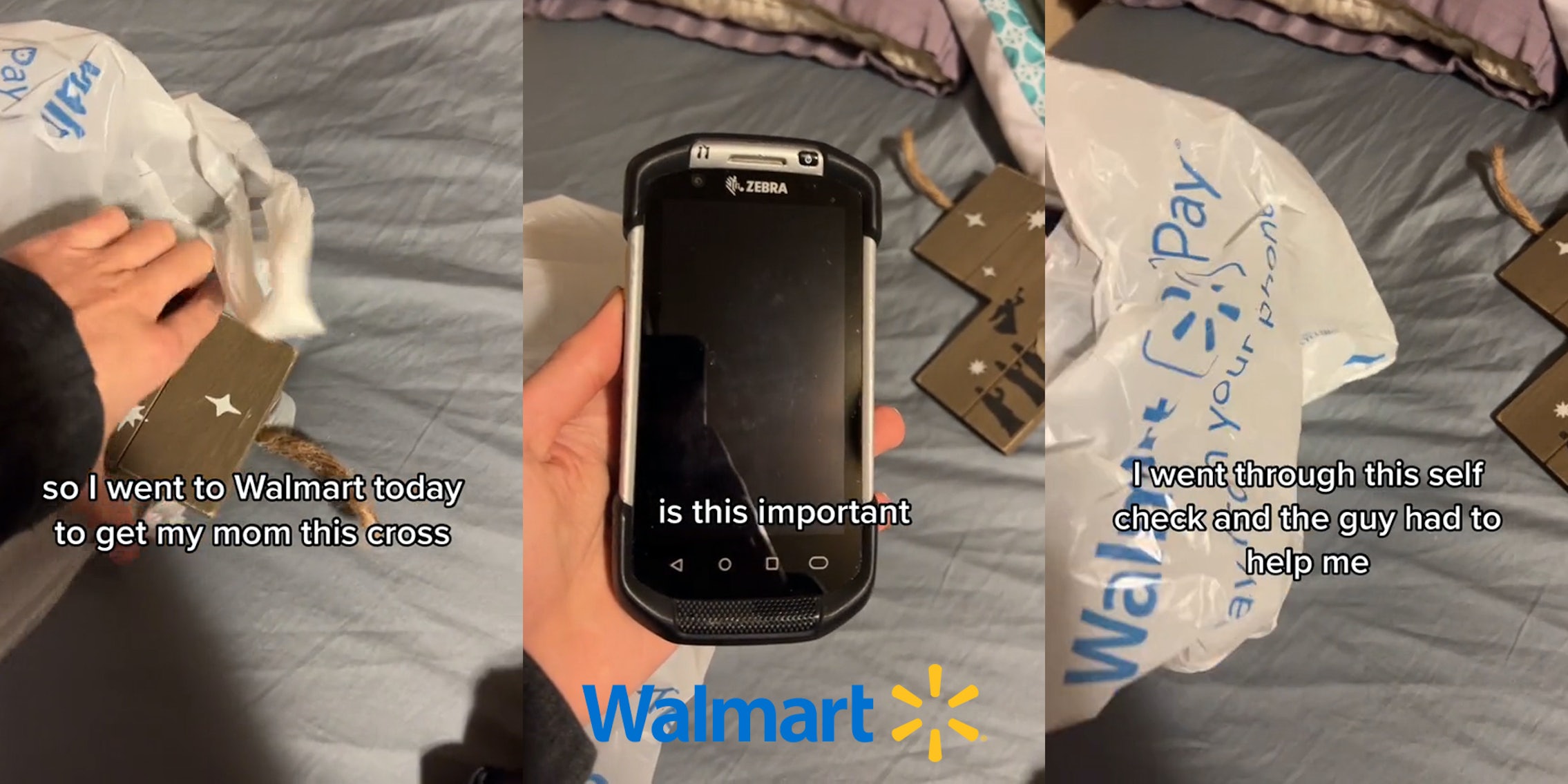 A Walmart customer went viral on TikTok after finding an employee’s Zebra device in their bag.

“Oh guys, something bad happened,” the customer, user @electroniccrafter, says in the clip.

He then pulls a cross Christmas decoration that he purchased for his mom out of his Walmart bag. @electroniccrafter notes that he paid at the self-checkout, and an employee had to help with his transaction.

The TikToker reveals a Zebra mobile computer, a handheld device increasingly used by retail workers, including Walmart employees, which had found its way into his bag.

“Is this important?” he asks.

@electroniccrafter shared his distress in the caption. “Went to Walmart. I think someone’s getting fired, or I’m getting arrested,” he wrote.

@electroniccrafter Went to Walmart. I think someone’s getting fired, or I’m getting arrested. #electronic_crafter #walmart #fyp ♬ Love You So – The King Khan & BBQ Show

The video has amassed 1.4 million views since it was posted on Wednesday. In the comments, several alleged Walmart employees confirmed @electroniccrafter’s speculation that the device is important.

“Those are VERY important. I worked for Walmart for a while. that had everything an employee needs to do their jobs,” a second stated.

“I lose mine all the time. Walmart pharmacy technician here those are VERY important with the new system update we cannot fill prescriptions any other way,” a third echoed.

Others shared their experiences with Zebra devices accidentally ending up in their possession.

“I work at Lowe’s, one time an employee left that phone in the bed of a customers truck after loading up a cement pallet for them,” one person shared.

“That happened to me when one of the workers loaded the back of my vehicle. He came and picked it up,” another said.

“At target this old fella came up to me holding a zebra saying he found it in his beer,” a third commented.

@electroniccrafter shared an update in the comments, writing, “I explained what happened. He was fine.”

The Daily Dot reached out to @electroniccrafter via TikTok comment.