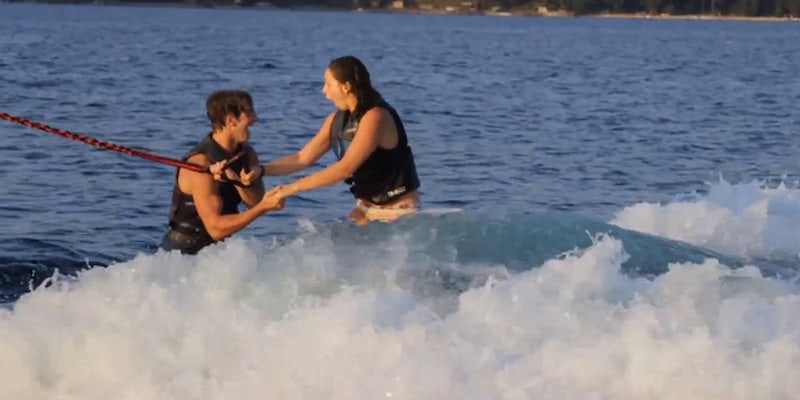 Most marriage proposals happen on solid ground and stable footing. This guy literally did it on water.

That’s what makes Matthew Gencarella’s proposal to longtime girlfriend Brynn Hathaway so amazing: The guy literally did it on water.

The two were tandem wakeboarding this summer when Gencarella popped the big question, going down on one knee (to some degree) and asking Hathaway if she’d marry him.

Once she said yes, he grabbed her and the two jumped into the lake together. The whole episode was captured by Gencarella’s buddy Hayden Wake, who filmed the proposal and sent it back over to Gencarella to put together.