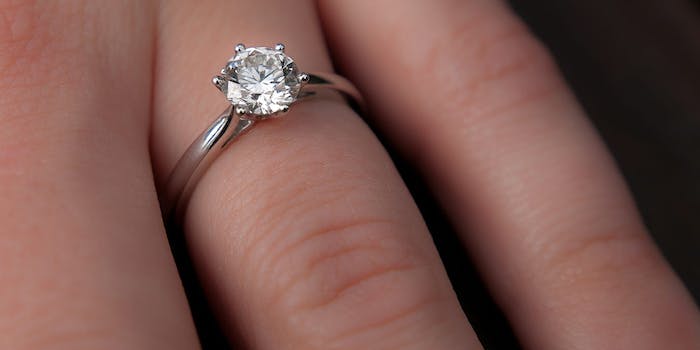 This man surprised his girlfriend with a virtual reality proposal

There’s no shortage of clever ways to ask for your beloved’s hand in marriage. One boyfriend raised the bar even higher recently by creating a virtual reality in which he proposed—and then did the real thing IRL.

Chandler Murch works at Valve Software in Bellevue, Washington, which is one of the companies behind the new HTC Vive virtual reality headset. Even though the headset is not in stores yet, Murch was able to bring in his girlfriend Kelly Tortorice for a sneak peek. What she didn’t expect was an actually reality that far exceeded the virtual experience.

Tortorice shared photos of the special moment on her Facebook: 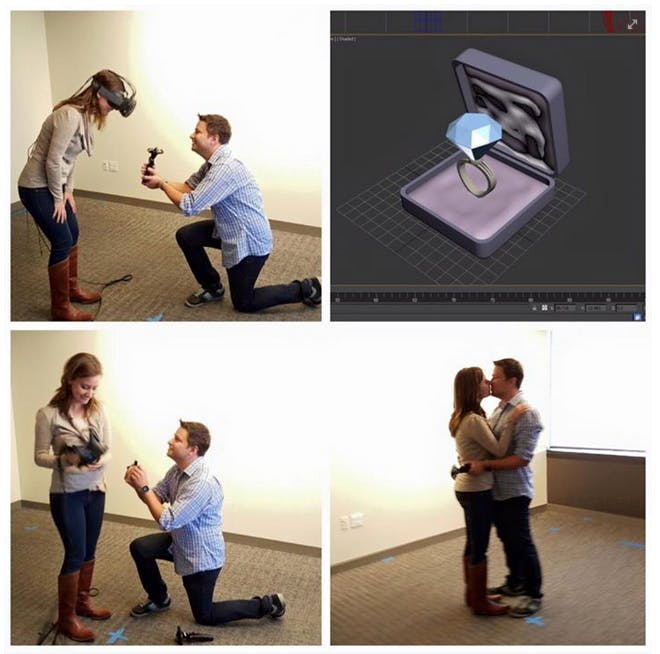 “So there I was, typical day…on a sunken ship deck; fixing robots; painting three-dimensional fire; walking through the Alps; and then suddenly, a virtual engagement ring started floating my way,” Tortorice explained, along with the photo. “Chandler told me to grab it. Then told me to take off my headset, and there he really was, on one knee, with a real ring. It wasn’t imaginary anymore.”

How could you say no to such a next-gen proposal? Tortorice replied to him, “OF COURSE I WILL MARRY YOU!”

The jury is still out on elaborate marriage proposals. Some, like this man who proposed to his girlfriend while she was in the hospital for chemotherapy treatment, are incredibly sweet. Others, like this jerk who proposed during someone else’s wedding, need to be banned forever.

The point is, you have to know your audience (and basic rules of propriety.) And for Murch, it seems like he knew exactly what would make an impact on Tortorice.

“Thank you for such a hilarious and fun surprise,” she wrote. “I love you and I can’t wait for the life ahead of us.”