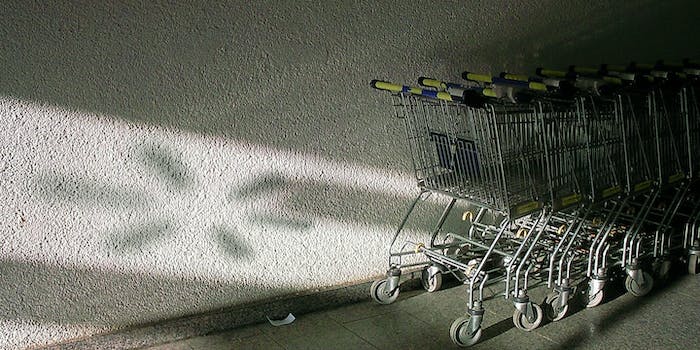 We aren't any better than the people exploited in these videos.

I can remember as a child, maybe in middle school, sitting at the table and listening to my relatives talk about viscous Black Friday brawls and stampedes they had seen or heard about on the news. Their sentiments were shared by media commentators who argued that these fights contradicted everything that Thanksgiving represented, and were un-American.

Black Friday denouncers argued that the people who partook in the shopping event were selfish, choosing to spend time and money on a commercialized holiday rather than with their families, and were shallow to risk their lives for a discount. But this extremely privileged opinion of Black Friday could not be more wrong.

The four-day shopping spree, with stores opening up just hours after Thanksgiving “dinner” and extending through the weekend and into “Cyber Monday,” completely embodies American values, from our celebration of capitalism, down to the fact that people who are well off enough financially can stick up their noses at those who aren’t. Not to mention we may choose to believe Thanksgiving is rooted in “giving thanks,” but that is a revisionist history of the holiday’s gruesome origin.

Isolated, this snooty, pretentious opinion of Black Friday shopping is best (and worst) exemplified by viral videos of Black Friday fights resulting in everything from heated emotions, to injury, and death.

Which is why this year, we aren’t sharing viral videos of Black Friday fights. We won’t be gawking at photos of people lining up for a store’s opening, nor calling a violent encounter “hilarious”—and neither should you.

To be clear, this advice is most definitely hypocritical—the Daily Dot has published posts making fun of “horrifying and hilarious scenes from Black Friday” before, but the stance is genuine nonetheless. From a privileged position, it’s extremely easy to watch a viral video of a holiday shopping fight, laugh, and then share the video yourself—you’re unaffected by this video, and it feels good to assure yourself that you and the people in these videos are not alike.

But this privilege is what reveals the core issue of these gross videos being circulated for the consumption of hundreds of thousands of hungry eyes—they’re classist, voyeuristic, and self-serving. When we watch people fighting for and getting injured over TVs or gaming consoles, we’re not passive bystanders watching a group of mad, mindless people. We instead act as aristocracy demanding to be entertained by people who are only trying to provide their families with gifts that, without these Black Friday through Cyber Monday discounts, they might not be able to provide otherwise.

The people in these videos aren’t crazed, material-obsessed shoppers, but are actual people pushed to partake in this mass shopping event because they live in a capitalist country where the latest toys, games, and electronics are immediately purchasable for some families, but “luxury” items to others. While the poverty rate has fallen in recent years, 12.7 percent of Americans—40.6 million people—lived in poverty in 2016, according to the U.S. Census.

Sure, sure, when it comes down to it, giving gifts it’s always “the thought that counts.” But it’s messed up to think that poorer families aren’t allowed to even want to purchase more expensive gifts at a discount. It shouldn’t come to fighting over a sale item for people to be able to provide gifts for their families.

Taking pleasure in the pain of others is sick, and I’m not sure why Black Friday videos are somehow an exception to this obvious statement. Maybe it’s because viewers are detached, watching people they don’t know, nor understand the motivations of, through a screen. However, we aren’t any better than the people who have been recorded and exploited in these videos—we just happen to be in a more privileged position to not be in these videos ourselves.