The boy who once helped others, now needs some help.

Two years ago, Vinny Desautels began growing out his hair for cancer patients.

“I want to help people so they don’t have to go to the doctor to fight cancer,” Vinny, then five years old, told ABC7 at the time.

As a result of his efforts, Vinny’s father, Jason Desautles, told the Washington Post that his son was repeatedly teased as being “like a girl.” Vinny persevered, eventually growing his hair 13 inches. In March 2016, his mom, a hairstylist, gave him his first haircut in nearly two years.

Now, only one month later, Vinny is now facing a cancer diagnosis of his own. On a GoFundMe page to raise money for his treatment, Vinny’s grandparents wrote:

On Thursday Vinny came home from school complaining about knee pain. When getting ready to take a shower his parents noticed a significant lump on his right hip and brought him to the emergency room. A large growth was identified on his Iliac bone.

The next day Friday, Vinny had an eye doctors appointment for a swollen eye that has been getting progressively worse over the course of a month (originally thought to be allergies). They told Dr. Martel about the previous evening and how he needed to go back to the doctors about the hip, and were concerned the two might be related. Doc agreed and got the ball rolling for them. They’re at Sutter Medical Downtown Sacramento. They’re still conducting tests on Vinny. They have identified another malignant mass on the eye that appears to be aggressive.

Doctors believe Vinny is suffering from a rare form of bone cancer known as Ewing’s sarcoma.

In response to the news of Vinny’s diagnoses, people around the world have sent him supportive messages.

This is so sad, I felt like crying.
Meet 'eternal optimist' Vinny Desautels https://t.co/kBae3s8t1k

Praying for little #Vinny Desautels, a courageous & thoughtful soul. God bless this child as he fights this dreadful disease. 💐🍀😍

Vinny’s family did not immediately respond to requests for comment, but according to his grandparents’ report, he’s facing his diagnosis “like a brave little turd.” 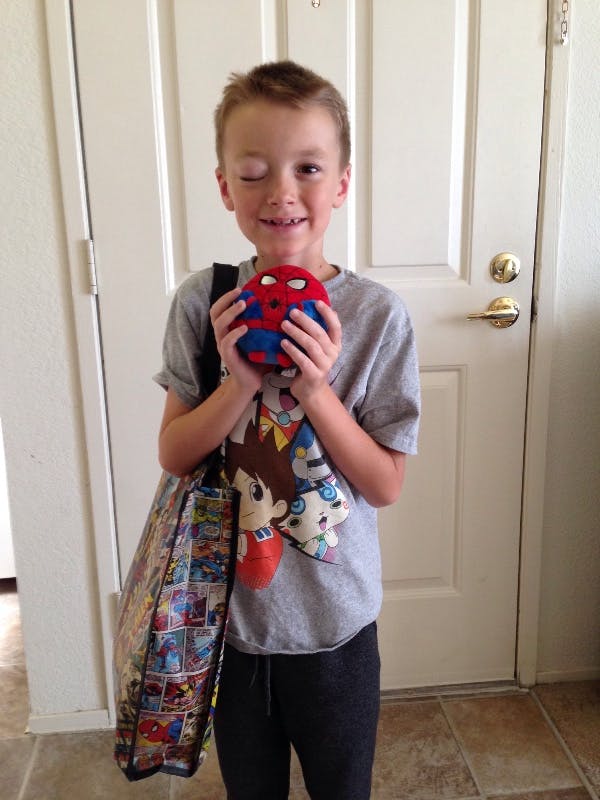 Vinny’s father told the Washington Post, “As long a we’re there with a smile, telling him he’s going to be all right, he has the same attitude. Vinny is like us—an eternal optimist.”