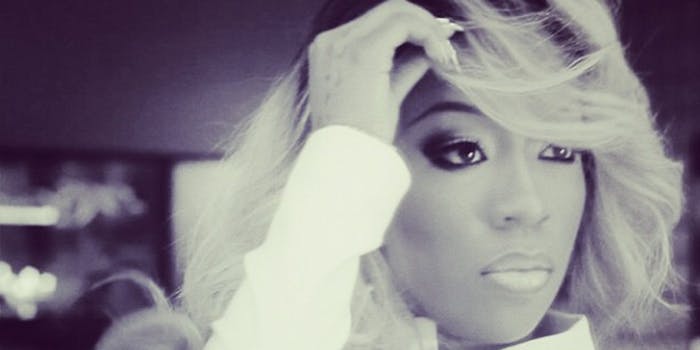 How Vine brought together an R&B star and NBA player

Indiana Pacers guard Lance Stephenson might have caught R&B artist K. Michelle’s attention during the NBA playoffs, but he made bigger moves off the court—on Vine.

Michelle, whose debut album is currently No. 2 on the Billboard 200, said she Stephenson got together through Twitter’s video-sharing app. He was already following her on Twitter, she told Philadelphia radio station Power 99 this week. They soon started commenting on each other’s vines.

“Then one day in front of everybody he just gave me his phone number on Vine. I said, ‘What are you doing? Do you know my fans will call you?’ He was like, ‘I ain’t care. I was trying to get to you.’ So that was it. I let him make his move and he did. I didn’t know if we would ever talk or nothing like that and he said he had been looking at me for a while.”

Michelle quickly deleted his number from his comments to help him avoid unwanted calls.

They’re not the first couple to get together through Vine. Pop vocalist Curtis Lepore and Vine star Jessi Smiles, who each have more than a million followers, flirted for weeks before meeting for the first time in front of hundreds of fans earlier this month.