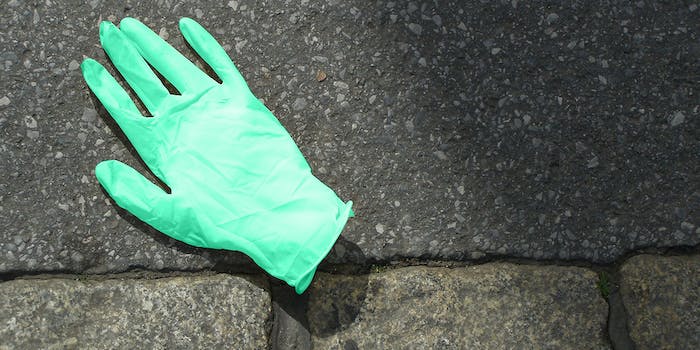 Be warned, the video is disturbing.

In a newly released video, a reported Fort Lauderdale, Fla., police officer puts on a blue latex glove, shoves an older man to the ground, slaps him in the face, and refuses to let him urinate.

The video is disturbing, and it’s difficult to ascertain context. Regardless, it shows those actions, eventually followed by the officer arresting the man. The video’s uploader, who created his or her account in 2011 but has no other uploaded videos, titled the video “Broward Terminal,” an apparent reference to where it’s shot—Ft. Lauderdale’s Broward Central Bus Terminal.

“I tell you what to do, you’re gonna do it. It’s just that simple,” the officer says after delivering the loud slap. “When you’re telling me ‘fuck you,’ what do you think’s gonna happen?”

Though it’s not clear in the video, as the cop searches the man’s sweatshirt pocket, the man holding the camera says, almost under his breath, “he’s got syringes.”

When asked for comment, the Ft. Lauderdale Police Department directed the Daily Dot to the department’s public information specialist, who had already left for the day. We’ll update if they respond.

Photo via Erich Ferdinand/Flickr (CC BY 2.0) | Remix by Jason Reed