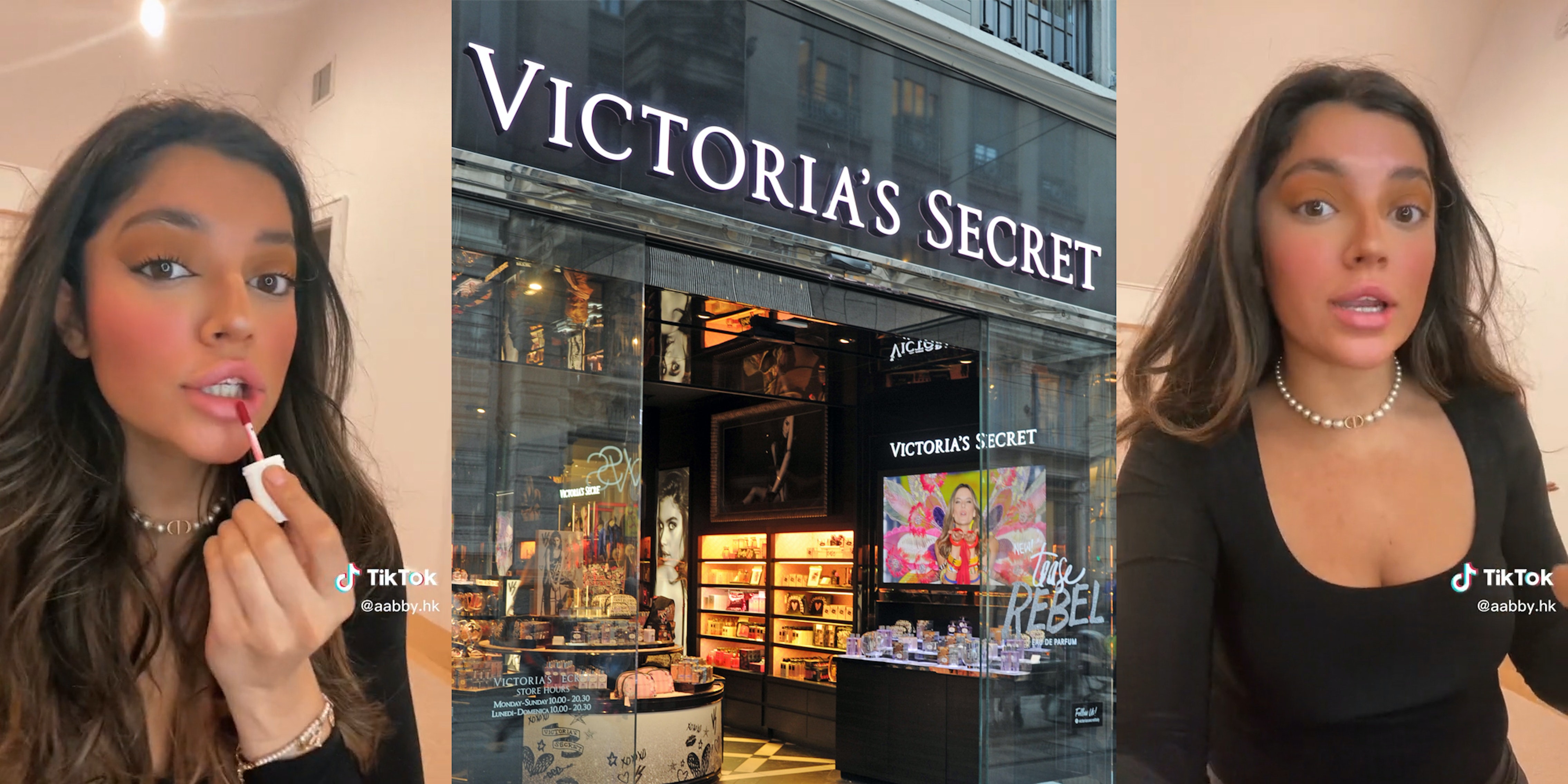 ‘You need to be extremely careful’: Woman says she found a hidden camera inside a Victoria’s Secret fitting room

The camera allegedly had footage of over 30 women changing in the room.

A Victoria’s Secret shopper is urging other shoppers to be careful in store dressing rooms after she allegedly found a hidden camera while changing.

The shopper, named Abby (@aabby.hk), posted a TikTok sharing the PSA while doing her makeup. In the video, she advises viewers to be “extremely careful” when they change their clothes in store dressing rooms.

Abby says she recently tried on multiple outfits in a Victoria’s Secret changing room. During her time in the room, she misplaced an item of clothing, and while she was searching for it, she found a GoPro-like camera underneath a stool in the room. The camera was leaning against one of the stool’s legs and facing a small mirror. Abby says the setup seemed intentionally placed so that the camera could secretly record her while she was changing.

Once she discovered the camera, Abby looked at its camera roll and found footage of over 30 women changing in the dressing room, she says.

“What a shady little shit contraption — you have your camera with a mirror so that no one can see the camera?” Abby says in the video.

The TikToker says she immediately deleted the footage on the GoPro so that whoever set it up wouldn’t be able to get the videos. Then, she says she told a Victoria’s Secret employee what she found. The employee, who she claimed was was apologetic and alarmed, reportedly checked the other changing rooms and found the same camera setup in all five fitting rooms.

Although some viewers applauded the TikToker for discovering the secret camera, multiple others chastised her for deleting the footage.

“NEVER DELETE THE FOOTAGE! tell store management and contact police! if stuff gets deleted it ruins with evidence and the potential to find who did it!” one viewer commented on the video.

“You shouldn’t have deleted or touched ANYTHING! Call 911 asap, don’t even tell employees because they could be in on it,” a second viewer commented.

A third wrote in all caps, “SIS YOU JUST DELETED AN ENTIRE LAW SUIT.”

In reply to that comment, Abby wrote, “there’s 4 other stalls of footage.”

One viewer wrote in defense of the TikToker, “thanks for making this vid.. and u did what you thought was best in the moment. don’t worry ab everyone saying ‘you should’ve done xyz’ u did enough!!”

“You made my day. My goal was to inform an educate and I got attacked for what I didn’t do. Even when there was 4 other stalls of footage. U r the best,” Abby said in reply to the comment.

Some viewers speculated that the cameras may have been set up by a Victoria’s Secret employee.

“It has to be someone working there because it would look very sus if someone went into every room and set this up,” one user said.

Another user commented, “I bet it was an employee, manager, or maintenance person/cleaner,.if they were in every room. police need to check prints.”

The Daily Dot reached out to the creator via TikTok comment and to Victoria’s Secret via email.