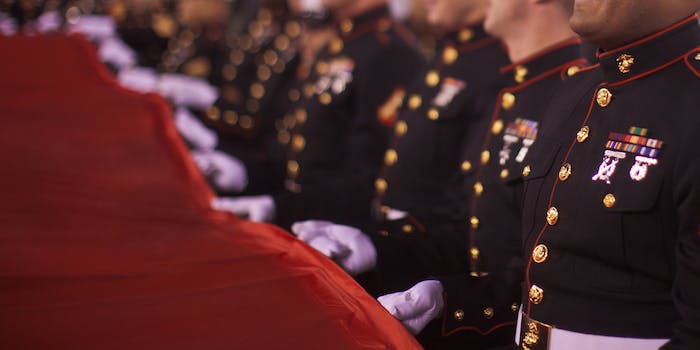 Matthew DeRemer was a Marine veteran with a love for motorcycles. On New Year’s Eve, he posted a hopeful message on Facebook about the upcoming year. Hours later, he was killed by a drunk driver while out for a ride.

The Facebook post is now going viral because it is both prophetic and haunting. He writes, “I really don’t know where I’ll end up tonight but I do know where I windup is where I’m meant to be.”

He continued the posts in the comments sections. “My goal this year, while battling all obstacles, is to redefine my life by living as selfless as possible. Life ‘it isn’t about me or my wants, its about all the people who need love in their lives that been lost over time.’ Lol this morning has been the most uplifting morning in a long time!”

After his death, family, friends, and strangers left messages of grief, shock, and sent condolences to his family.

As a person by the name of Sammie Qasem wrote on Facebook, “You always had positivity, lived life till the fullest, had no regrets and knew we were never promised tomorrow.”

Photo via MarineCorps NewYork/Flickr (CC BY 2.0)