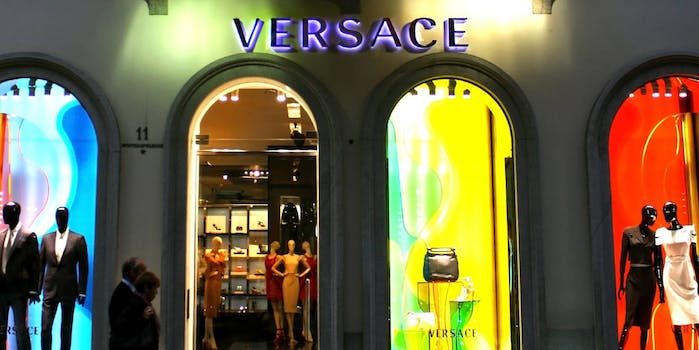 Does Versace have a code word for black shoppers?

Versace is being sued by a former employee for discrimination, according to TMZ.

According to the suit via TMZ, the ex-employee, a black man, worked at a store in the Bay Area, and was told by a manager about a store code used to let other Versace employees know that a black shopper was in the store.

The suit says the code, “D410,” is used for all black shirts in Versace stores. A search of “D41” in the Versace online store yields results for other black clothing items, while “D410” yields black, white, and blue.

The ex-employee shocked the manager by responding with, “You know that I’m African-American?” The suit then alleges that management refused to give the man rest breaks as a result of the conversation, then fired him after two weeks because he hadn’t “lived the luxury life.”

He’s suing Versace for unpaid wages and damages. TMZ reported Versace has already denied the allegations and has filed for the suit’s dismissal. PR Consulting, the public relations firm employed by Versace, did not immediately return the Daily Dot’s request for comment.