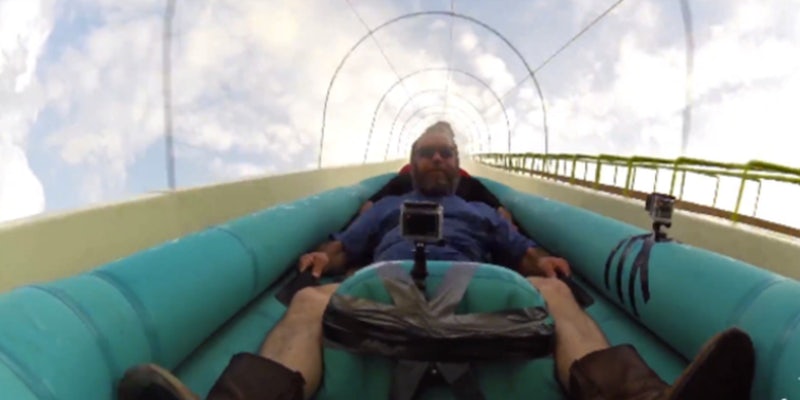 Experience the world’s tallest waterslide with this POV clip

Nope, not a watery grave at all.

The world’s tallest waterslide, Verrückt, exists at the Kansas City Schlitterbahn. It has a strong German name to match its terrifying height (168 feet), and offers thrill-seekers a 50-foot drop.

The opening of the slide has been pushed back several times, likely because the park wants to be 150 percent sure this thing is safe to ride, after initial trial runs around Memorial Day weekend reportedly launched test sandbags into the air. While it might look like a watery grave to some (verrückt roughly translates to “go insane”), two of the slide’s architects recently tested it out to prove it’s perfectly fine for human consumption. Hopefully it won’t look anything like this.

Of course they attached cameras, which offer a POV that will make you swallow your stomach. You all have fun on the slide. I’ll be over in Boogie Bay.