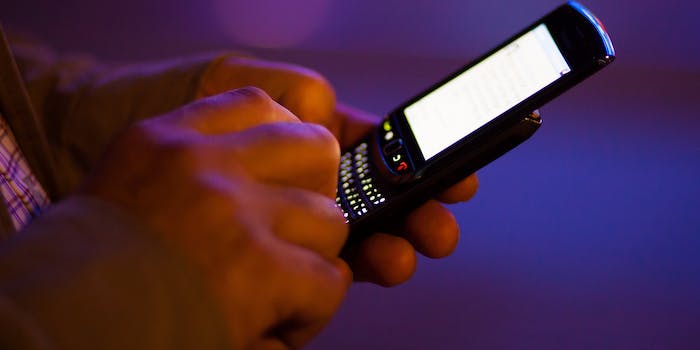 The latest salvo in the ongoing war between privacy advocates and law enforcement came in New York City on Tuesday, where a district attorney vowed to keep up the fight over police access to encrypted devices.

Manhattan District Attorney Cyrus Vance told Bloomberg that companies like Apple and Google should be legally required to let law enforcement access any customer data they need to investigate crimes.

The district attorney said he was going “rogue” by discussing the subject with Bloomberg at a conference hosted by the FBI, implying that he did not have permission to express his views.

James Comey, the director of the FBI and a scheduled speaker at the conference, has repeatedly slammed Apple for offering encryption on its phones that the company cannot remotely unlock.

Comey, Vance, and other law enforcement officials maintain that smartphone encryption impedes the ability of police to properly investigate crimes. They argue that in the case of time-sensitive crimes like kidnapping, any roadblock could cost innocent lives.

“Of the 3,576 major offenses for which warrants were granted for communications interception in 2013, exactly one involved kidnapping,” cryptographer Bruce Schneier responded.

“More importantly,” he added, “there’s no evidence that encryption hampers criminal investigations in any serious way. In 2013, encryption foiled the police nine times, up from four in 2012—and the investigations proceeded in some other way.”

“The crime scene of today is the Internet,” Vance argued in his interview with Bloomberg. “In my younger days as a prosecutor, it would have been a physical crime scene cordoned off from the street by yellow tape. Today, the Internet and digital information is really part of almost every case that we handle.”

Vance explained that a full third of the cases he handles relate to identity theft and that nearly every other case involves “text messages, pictures, communications between [the people] who are involved.”

“The digital world,” he said, “is completely enmeshed with the criminal cases we have today.”

Despite implying that he didn’t have permission to speak on the subject, Vance wrote a strongly worded opinion piece for the Washington Post last year in which he said that smartphone encryption was a threat to public safety. Vance has called on Congress to pass legislation responding to Apple’s unbreakable encryption.