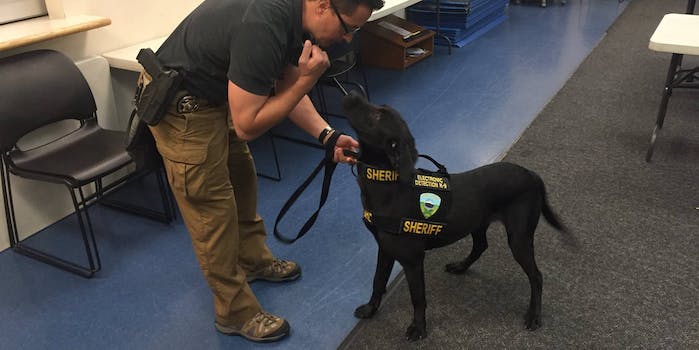 What a good boy he is.

And look what a good boy he is. 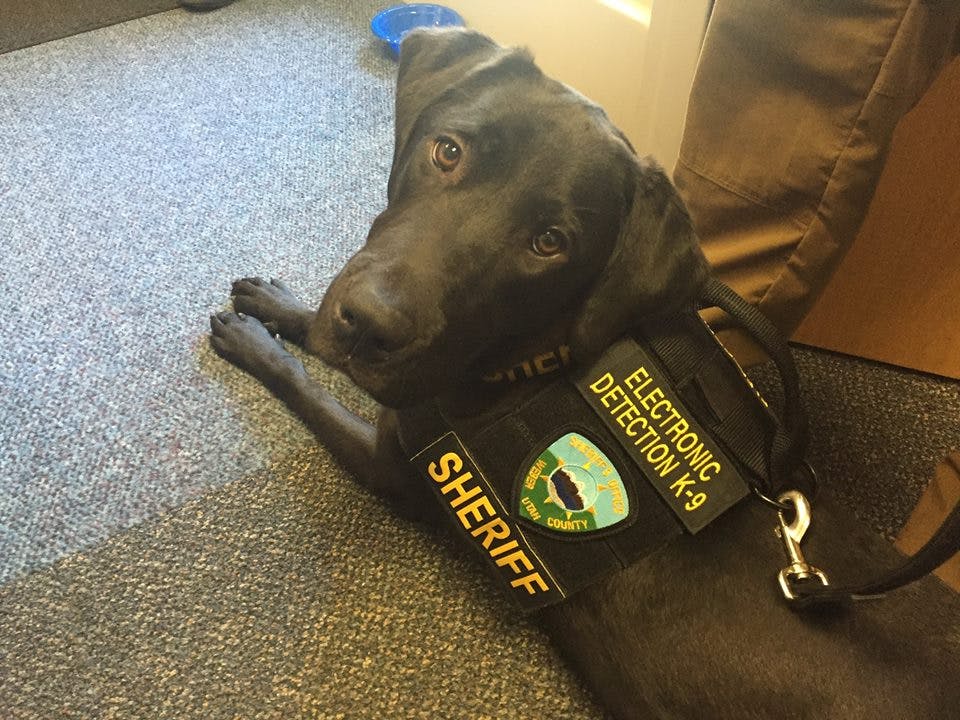 URL, who is presumably pronounced “Earl” and named after the cop in Futurama, is a 16-month-old black lab and was rescued from a shelter as a puppy. He was trained by the same person who trained the dog, Bear, that helped police arrest Subway spokesman Jared Fogle by sniffing out a hidden flash drive.

The Daily Dot has reached out to the WCSO about how URL is doing and what kind of treats he likes, but the department clarifies on its Facebook page: “URL does not actually search for illegal materials, but rather his highly sensitive nose has been trained to detect the unique chemical compounds found in the certain electronic components.”

WCSO also clarified that URL is a search tool and will only be used after investigators have obtained a search warrant.

That’s right, you wouldn’t subvert the investigative process for personal gains, would ya boy?

Locals are already in love with URL, such as Angie Hernandez, who comments “Omg he is 2cute. I would surrender in min.”