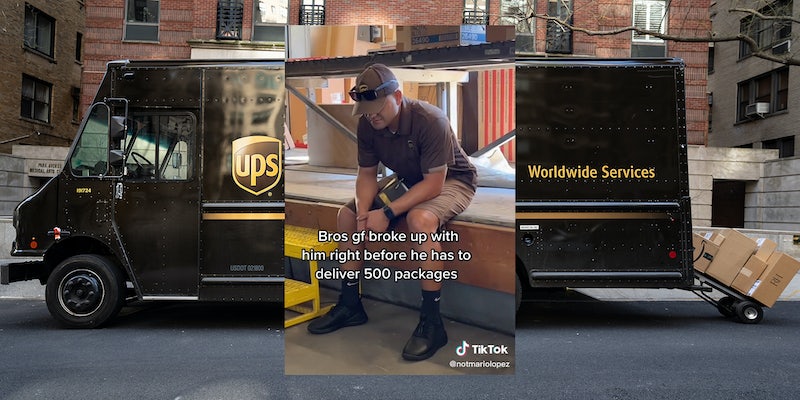 'This is why I’m getting the new iPhone 3 days early.'

In a viral video posted on Sept. 16, UPS employee Sal Duarte (@notmariolopez) participated in a trend where he shows his co-worker who had gotten dumped by his girlfriend. The video has over 829,600 views as of Thursday.

“Bro’s gf broke up with him right before he has to deliver 500 packages,” the overlay text on the video reads.

In the video, Duarte uses the trending sound “Off Them Drugs” by Shakey that users put behind videos of them in an upsetting circumstance. The trend is meant to be for those who just got broken up with.

The creator pans the camera across the UPS loading area and lands on his friend sitting across from him who is intently staring at the ground.

“Legend has it he’s still delivering them,” he added in the caption.

In the comments section, users made jokes about the driver’s efficiency now that he’s going through a range of emotions.

“Bro sitting like tom brady down by 14 in the 4th quarter,” one user said.

The Daily Dot reached out to Duarte via Instagram messaging.