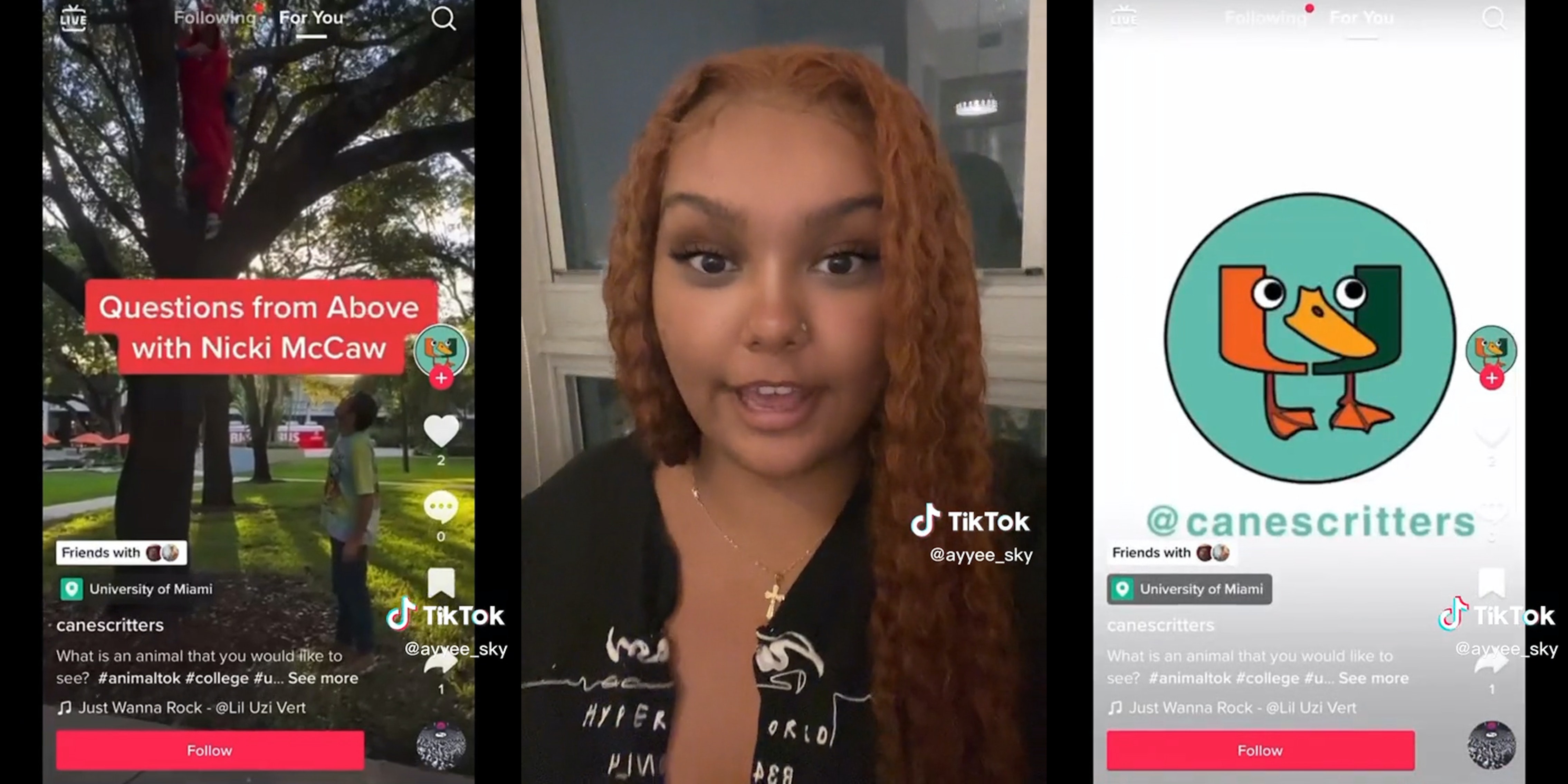 University of Miami students are facing backlash after posting a TikTok showing an image of a Black professor following the word “gorilla.”

Sky Solomon, who is Black and identifies herself as a University of Miami student, said in a TikTok on Thursday that the video posted by the @canescritters TikTok account is racist.

The TikTok has since been deleted from @canescritters’ account, but Solomon shows it in her video: A man dressed in a macaw costume asks another man what animal “that is not already on campus” they would “like to see on campus.”

“A gorilla,” the man responds. The video’s next frame shows a Black man. The TikTok ends shortly after.

The @canescritters TikTok account removed the racist video and posted a statement on Thursday. In the statement, the account’s administrators identify themselves as university students and say they are “upset and embarrassed” about the video, which was composed of “two unaffiliated clips.”

“The splicing,” or editing a man saying “gorilla” before showing a Black person, “was done in haste and edited in tandem with countless other videos with the same format,” the statement reads.

“This does not excuse the content of this video or lessen the hurt that was caused,” the statement continues. “It showcases a dastardly dereliction of thought, awareness, and sensitivity.”

In her TikTok, Solomon says she is concerned by how the video got posted in the first place.

“You know there’s Black people that go to [the university],” Solomon says. “It’s a site like TikTok where it literally can end up on anyone’s For You Page. And y’all still decided to go along and not only film the video but be dumb enough to post it?”

Solomon concludes by saying that “blatant racism is still a thing” and that many Black people are “very offended” by the video.

Commenters on Solomon’s video identified the Black man shown in @canescritters’ video as a professor at the university, whom the Daily Dot contacted via email.

Many commenters also tagged the university’s TikTok account and expressed their disgust over the video. The University of Miami told the Daily Dot that the @canescritters account is “not affiliated with the university.”

“I’ve been feeling isolated and gaslighted after dealing with racism on this campus,” @niahughess commented. “Now I don’t feel so alone.”

“[Critical race theory] is badly needed because how are the people being raised,” @monnie662 wrote.

The Daly Dot reached out to Solomon via email.

Update 2:17pm CT, Nov. 16: In an emailed statement to the Daily Dot, the University of Miami said that “racism and hate have no place at [the school].”

“While we appreciate that those involved have accepted responsibility and apologized, we are reviewing the circumstances around the creation and posting of the video to determine whether there were any violations of the Student Rights and Responsibilities Handbook,” the statement said.