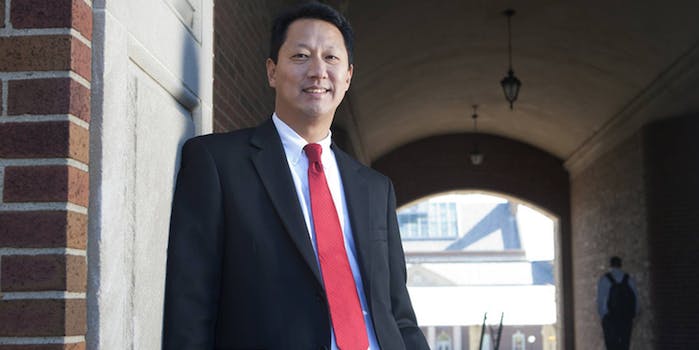 Photo via University of Cincinnati

Santa Ono took to Twitter to shed the stigma of mental illness.

On May 21, University of Cincinnati President Santa Ono shared on Twitter that he had twice tried to commit suicide.

My message tonight: There should be no stigma for those with mental illness. I tried to take my own life 2X. We need to support each other

The tweets were inspired by a 1N5 event that President Ono spoke at earlier that evening. 1N5 is a nonprofit that recognizes that one in five people, regardless of age, suffers from mental illness.

If we can reach more who are depressed, the good news is that there is light at the end of the tunnel. Let's bring more light into the world

Ono told the Daily Dot via phone, “My biggest hope in speaking out is that it will motivate people to reach out and support and encourage those who struggle with mental health issues.” And for those who struggle, he wants them to know, “there is light at the end of the tunnel.”

Ono, 53, said his battles with depression hit him hardest in his teens and 20s. But he was able to get through it all with the help of other students and teachers who showed him they cared.

Initially, he says, he didn’t plan on speaking about his personal journey at the 1N5 event, but “I thought spontaneously speaking about the struggles with mental health would be useful and consistent with the theme of the fundraiser.”

When Ono then took his thoughts to Twitter to reach a wider audience, he found the response to be “nearly 100 percent supportive,” he said.

Thank you for doing this, President Ono. I admire your courage and your dedication to the cause.

May is also Mental Health Month. On social media, people are encouraged to share their personal stories, as well as health awareness information, with #StigmaFree or #MentalHealthMonth.