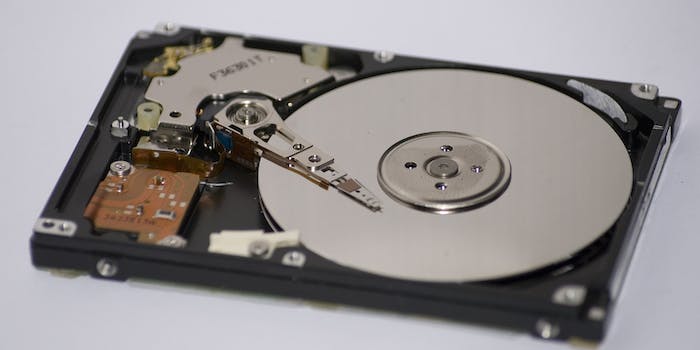 It is illegal for police to blindly seize all your computer files, court rules

How was this still in question?

A landmark U.S. court case has ended with a ruling that gives individuals the right to delete or take back computer files seized in a police search that were not directly related to a search warrant.

Before this ruling, law enforcement aimed to keep an entire searched computer and all of its files indefinitely, even when a search warrant specified only a few particular files. Now, indefinite retention of all computer files regardless of a search warrant’s specific targets is unconstitutional in the eyes of the court.

The ruling, issued by the U.S. Second Circuit Court of Appeals, stands to fundamentally change the way American law enforcement deals with computer files, a type of evidence that is only becoming more important and common by the day.

The case, United States v. Ganias, was decided Tuesday. Second Circuit Judge Denny Chin wrote an opinion holding that the Fourth Amendment against unreasonable search and seizure is violated when the government indefinitely holds seized computer files that are not responsive to the warrant.

Anything else, the court said, would be equivalent to granting general warrants to police. The use and abuse of broad general warrants by the colonial English government was one of the key catalysts of the American revolution and a source of fierce criticism by the country’s founding fathers, who abolished it with the Bill of Rights.

This case began in 2003, when police searched Stavros Ganias’s computers after his accounting business was accused of fraud. After making perfect copies of Ganias’s computers on DVDs, law enforcement believed the discs were their property and kept them in their possession.

When Ganias was later accused of tax crimes in 2006, two-and-a-half years after the files pertaining to the original search were documented, police again searched the discs already in their possession, after getting a new warrant. What police did was wrong, the Second Circuit appeals court’s new decision holds, because keeping every single file on the DVDs was an unreasonable seizure and, therefore, unconstitutional. As a result of the decision, the evidence was suppressed.

Chin writes in the opinion:

“If the 2003 warrant authorized the Government to retain all the data on Ganias’s computers on the off-chance the information would become relevant to a subsequent criminal investigation, it would be the equivalent of a general warrant. The Government’s retention of copies of Ganias’s personal computer records for two-and-a-half years deprived him of exclusive control over those files for an unreasonable amount of time. This combination of circumstances enabled the Government to possess indefinitely personal records of Ganias that were beyond the scope of the warrant while it looked for other evidence to give it probable cause to search the files. This was a meaningful interference with Ganias’s possessory rights in those files and constituted a seizure within the meaning of the Fourth Amendment.”

Government lawyers tried several argumentative tacks to allow the second search. First, they argued that indefinite retention of all computer files was a practical necessity and the government’s property. Second, they reasoned that the second search warrant made the 2006 search constitutional.

Third, they said they had to be allowed to search their DVD copies because the evidence no longer existed elsewhere, including on the original computers. Fourth, the government argued that returning or destroying unrelated files is “entirely impractical” and would compromise the pertinent files.

Lastly, the government said that Ganias never legally sought the return of his property, the files, so he couldn’t try to suppress it now.

All of the arguments were ultimately rejected, largely because the court deemed that they did not address the greater point: If the government is allowed to keep an entire computer’s worth of evidence forever, every single search warrant—a legal tool that is meant to be specific and narrow in use and function—becomes a general warrant that can be used broadly and for all time.

“Because the Government has demonstrated no legal basis for retaining the non-responsive documents, its retention and subsequent search of those documents were unconstitutional,” the opinion noted. “The Fourth Amendment was intended to prevent the Government from entering individuals’ homes and indiscriminately seizing all their papers in the hopes of discovering evidence about previously unknown crimes.”

This case has been hailed for having far-reaching consequences. No one is yet sure how long law enforcement is allowed to hold on to files, but U.S. police will now have to delete or return all computer files seized not directly related to a search warrant—or likely face legal ramifications if they don’t.

United States v. Ganias, a case which has carried on for eight years, also made waves three years ago when jurors were found to be posting repeatedly about the case to social media. Facebook statuses by jurors that included “I may get 2 hang someone” and “Guinness for lunch break”  and, on the day the verdict was handed down, “Guilty :),” as well as two jurors becoming friends on the social network, was not enough to constitute bias or prejudice.