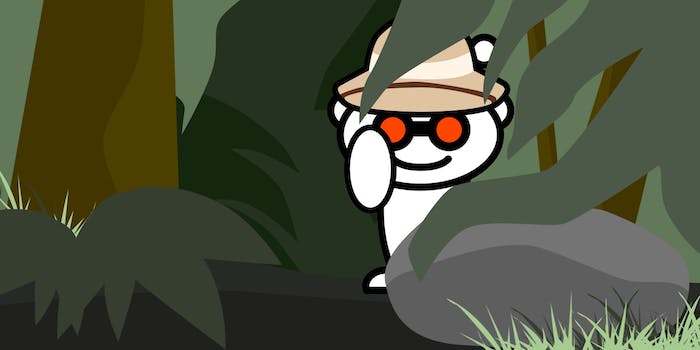 He’s an ecologist, an “accountant for the environment of sorts.” He has performed improv comedy with Snooki from Jersey Shore.

With over 1 million comment karma—Reddit’s point system that measures comment popularity—redditor Unidan, whose real name is Ben Eisenkop, is easily one of the site’s most popular contributors. Within Reddit, he has proven that an informative and friendly nature can match—and best—the cynicism, snarkiness, and trolling that can pollute one of biggest Web communities in the world. But Eisenkop has also demonstrated how a little Reddit notoriety can actually change your life.

“I suppose one of my own faults is not wanting to disappoint anyone, so I tend to answer,” Unidan told the Daily Dot. 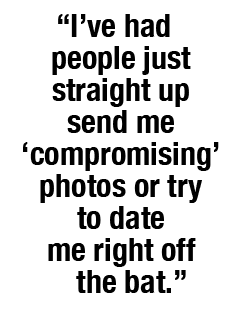 And answer he does. In one comment, he dropped a bug-by-bug analysis of how the world would end if all the insects of Earth banded together. In another, he extolls the virtues of the trackball and somehow makes it entertaining. Many of these comments, in turn, rise to the top of r/bestof and r/defaultgems, two subreddits that collect comment gems each day.

Unidan spends his days as a nitrogen biogeochemist, responsible, as he explained, for “tracking nutrients (mainly nitrogen) as they pass from the soil, to water, through organisms and through the atmosphere.”

It was his marked biological expertise—and persistent willingness to interact with fellow redditors—that kicked off his popularity in the first place. Clearly, the thousands showering his posts with upvotes shows that redditors in the site’s biggest communities aren’t just looking for the latest meme, funny GIF, or cringe-worthy pun. Substance, it seems, will make you a star.

After racking up comment karma for several of his replies in an April 2013 AskReddit thread, many redditors suggested that he host his own AMA.

“I started one, answered maybe twenty questions or so and then went to bed,” he said.

“Then I woke up to a flurry of text messages from my real life friends. When I checked Reddit, I was floored to see that the thread was on the front page! So, I started answering questions, and haven’t stopped. The thread has been going on for over five months now, and I’ve kept as true as I can to trying to answer just about everyone.”

True to his word, the AMA thread “I am the Excited Biologist! AMA” was going strong for a solid six months before the thread was finally locked. It earned more than 6,600 karma points since launching on April 25, and he answered questions as recently as Oct. 25. That thread kind of upends the way Reddit is supposed to work. The site is designed so that posts live and die quickly, so the front page is constantly refreshed. This one’s been around for seven months.

Unidan’s friendly and relentless commenting limited to this one continuous AMA session. He joyfully participated in a thread in r/whatsmyimpression, a subreddit where redditors guess each other’s identities using clues in their submission histories. In another thread, he humbly accepted thanks for the positive response to his image and offered any redditors the chance to talk privately if they ever needed to do so.

The effects of Reddit on his real life didn’t end with text messages from friends. As his Reddit star rose, Unidan saw a number of benefits flow his way. The humorous information site Mental Floss asked him to contribute content. Others, impressed by the professional expertise reflected in his posts, invited him to speak at a number of colleges, universities, and seminars. Each subsequent offer proved just how far a steady stream of informative—and good-natured—posts could reach.

On Reddit itself, a fandom of sorts began to form around Unidan. One came in the form of the subreddit r/unidanfans, which bills itself as a “completely non-creepy salute to everyone’s favorite expert on everything and Reddit’s official biologist: Unidan!” The subreddit, founded by redditor Jezzikuh in August 2012, boasts close to 5,000 subscribers.

“They requested my permission first, and have been very kind,” Unidan said. “It started off pretty innocently, or probably even as a joke, but it’s certainly gotten a lot of attention!”

While Unidan recognizes the subreddit’s ability to keep in touch with his fans and have conversations that would be too far off-topic in other threads, he still finds the concept of his own fan club a little ridiculous.

“Some of the recent posts have probably dabbled in a little too much idolatry for my own tastes, but I think it keeps itself in check,” he explained. “There was a post recently that pretty much called the whole thing creepy, so I’m glad there’s some reasonable people on there, too!”

Once again, this Reddit fandom has occasionally spilled off the pages of the site and into Unidan’s real life.

“Someone sent me a very nice letter requesting an autograph from another state with a return address and everything,” he said. It wasn’t even the first time that had happened.

“I had an ecology teacher request a signed photo and a student of his actually took the time to request it from me personally. I thought it was hilarious, so I printed out two wildlife photos I’ve taken and signed them like a Hollywood star might, then mailed them off.”

And of course, being a celebrity in any sense of the word invites bizarre behavior.

“I’ve had people just straight up send me ‘compromising’ photos or try to date me right off the bat,” he said. “Men and women. It’s certainly flattering, in some sense, but it was very strange, for sure! I try to downplay those stories to my SO, who barely knows what Reddit is in the first place.”

While he may be best-known for his biological insight and knowledge, Unidan also enjoys another lesser-known passion: improvisational comedy. Beginning in college, he has honed his comedic craft through work in and around New York City, including through the renowned Upright Citizens Brigade theatre.

“I’ve had some really interesting celebrity meets where I’ve been able to perform with people like Donald Glover (from Community), Jim Norton, and even Snooki,” he said.

Currently, he showcases his skills through the vlog “Collegiate Alliance,” which reviews video games in a comedic format.

No matter how famous Unidan becomes on—or off—Reddit, he is determined to keep things under control.

“In terms of popularity, I try to keep myself in check,” Unidan told the Daily Dot. “It’s extremely flattering, but it’s also a website where I can see the latest in cats chasing laser pointers. My real life friends have no qualms of reminding me what my ‘fame’ actually means, and I tend to think the same of it!”