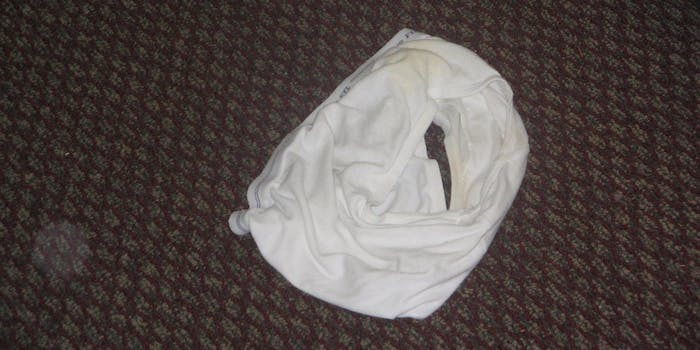 Anti-immigration groups are mailing their dirty underwear to Obama

Don’t be fooled by their campaign title, the Americans for Legal Immigration PAC certainly don’t have any charitable intentions with their latest “Underwear for Illegals” push. The offensive comes in response to a report earlier this week that the Department of Homeland Security had met the Immigration & Customs Enforcement’s request for thousands of pairs of “White 100 percent Cotton Men’s Briefs” for the influx of detained illegal immigrants awaiting deportation.

In a post on the ALIPAC’s website Wednesday, the group urged tens of thousands of Americans to fight against illegal immigration by mailing their dirty underwear to President Obama, House Speaker John Boehner, and illegal immigrats in detention facilities. ALIPAC President William Gheen wrote to the group:

Instead of using our tax money to buy illegals 42,000 pairs of new underwear, we would like to send the illegals and DC politicians a message by mailing them our used underwear, and some of our pairs are in really bad shape due to the bad economy and all of the jobs illegal immigrants are taking from Americans.

Perhaps members of the ALIPAC should be focusing less on illegal aliens and looking more closely at  their own hygene when it comes to reasons they’re unemployed. Illegal immigrants can’t be your scapegoats for everything, especially skid marks. Next time you slip on a fresh pair of Hanes, think about all those poor White House interns stuck in the mailroom, thinking back on simpler times when they worst thing they had to worry about was an anthrax scare.