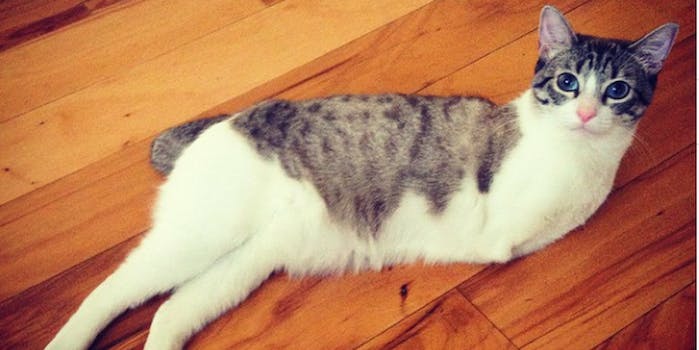 She’s half rabbit, half T-Rex, and all feline. Roux the two-legged cat is here, and she’s taking Instagram by storm.

Lil’ Bunny Sue Roux was born without her two front limbs, which means she has to hop around on her hind legs. Roux was left at a shelter outside of New Orleans when she was only six months old, because the world is full of monsters. Fortunately, vet tech Jackie Deak Akey saw her and it was love at first sight.

Like Akey, the Internet has fallen head over heels for Roux, who’s cultivated a healthy Instagram following of more than 70,000 fans in a month’s time.

Everyone loves a good underdog story (or undercat, in this case). Kitties like Roux let us humans know that no matter how much the odds stack up against us, there’s always a way to come out on top.