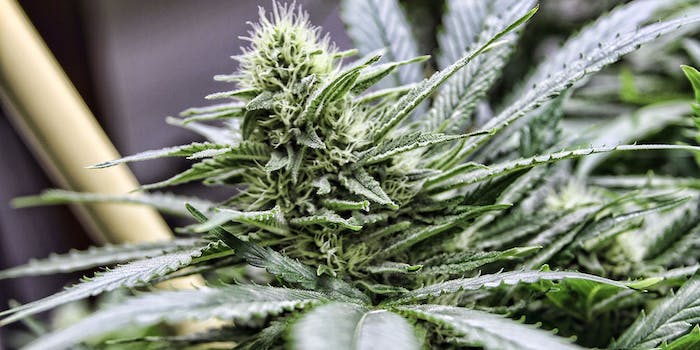 America might have @HiddenCash, but Canada strikes gold with @HiddenWeed

In Vancouver, Canada, a good samaritan has been hiding stashes of weed around the city for people to find using tips tweeted out by @HiddenWeedYVR.

The social media Robin Hood of cash is hanging up his feathered cap and green cloak for a beanie and a Bob Marley t-shirt.

In Vancouver, Canada, a good samaritan has been hiding stashes of weed around the city for people to find using tips tweeted out by @HiddenWeedYVR.

Clue for prize #5: Enter here, go 111 paces, look between the connors, next to the white house. pic.twitter.com/q8vqiplHPO

Clue for prize #5: Recognize this statue? Lift the pink flower to find some fine cannabis. pic.twitter.com/DFnuv003oT

For prize #1, look under this ribbon. Near the intersection of “Gordon’s rank” and “Montreal university” in Van. pic.twitter.com/gHWsBm460M

The weed scavenger hunt was inspired by the mysterious Twitter account @HiddenCash which hid hundred dollar stacks around San Francisco two weeks ago for people to find.

“I’ve made millions of dollars over the last few years, more than I ever imagined, and yet many friends of mine, and people who work for me, cannot afford to buy a modest home in the Bay Area,” @HiddenCash told San Francisco magazine the Bold Italic. “I am determined to give away some of the money I make, and in addition to charity, to do it in fun, creative ways like this.”

The identity of @HiddenCash and @HiddenWeedYVR have not been revealed.

Early Monday morning some Canadians tracked down @HiddenWeedYVR’s weed stashes and tweeted photos of their finds.