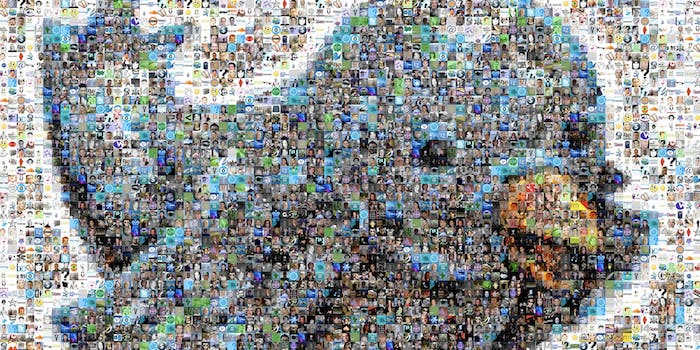 @transphobes, a watchdog account calling out harassment against trans people on Twitter, was suspended after being reported for abuse.

The question of who watches the watchman just got a lot more complicated thanks to Twitter’s controversial new “Report Abuse” feature. One watchdog Twitter account has learned the hard way that the people you call out for posting abusive tweets can now turn the tables and have your Twitter account suspended.

In a Tumblr post that seems to confirm many people’s fears about Twitter’s recent institution of a “Report Abuse” feature, the people behind the deleted account @transphobes explained why they feel they’ve been unfairly targeted by the very people whose abusive behavior they had been trying to publicize.

Our principle complaints have originated from people whose selected tweets, **which already violated the Twitter Abusive Behavior Policy**, were highlighted for their abusive content and wished not to have this attention refocussed in a retweet or favorite. Most of their accounts remain active, despite tweets inciting actionable claims like murder, sexual assault, or wilful malice toward people who are trans.

In the wake of recent backlash against Twitter feminists, many prominent U.K Twitter users, such as Caitlin Moran, called for the “Report Abuse” button as a way for Twitter to cut down on abusive Twitter behavior. Although the feature already existed on Twitter’s mobile app, the company responded to the uproar by promising to roll it out for the web platform as well.

But according to the suspended Transphobes creators, not only were many of the abusive tweets they reported left alone, but the creators of those tweets still had free reign to report them for abuse. The “abusive” behavior the @transphobes Twitter engaged in was generally retweeting, favoriting, or following the accounts of Twitter users who engaged in making threatening or derogatory remarks towards trans people. But many people who were targeted by the account seemed to feel it was unwarranted, particularly since the offenders often had used “transsexual” or the slur “tranny” in general conversation, many apparently not realizing that such words are highly offensive to the transgender community—some of whom, like the Twitter user below, are part of the queer community:

I just peeped i got followed and favorite by @transphobes who apparently think I hate them and they targeting me? #getthefuckoffmytwitter

The transphobes account seemed to provide an important service to the community of trans people on Twitter looking to easily document the amount of hate and abuse that Twitter followers and trans people experience regularly on the Internet:

Please take a moment to look at @transphobes – transphobic retweets; people expressing disgust about us, and wanting to hurt or kill us.

But it also seemed to be easily misconstrued:

People SERIOUSLY are trying to get @transphobes shut down? Do you y’all really think it’s about CONDONING the RT’d?!? e_e

This account is sick. All it does is harass people like CRAZY who mention transsexuals in any way. @transphobes pic.twitter.com/izr7sOsz

And it might even have enabled more harassment on all sides:

Gosh, thank you @transphobes, I’m actually having fun messing with these asshats. I don’t normally do things for the lulz like this. Honest.

Still, the suspension of the account seems to be the first sign that the widely-held fear that Twitter’s abuse policy would be susceptible to misuse wasn’t unfounded. Because the account, along with any missteps it might have made, regularly did favorite and retweet violent and transmisogynistic speech from users, many are calling the suspension unjust.

At press time Thursday, Twitter did not return a request for comment. “We again ask in kind for a human review for this appeal,” the Tumblr post requested after making the case that they were neither a bot, a spammer, nor a harassing Twitter account. It seems likely that the account has a good case for being reinstated, especially considering that similar Twitter accounts like Yes, You’re Racist and Homophobes have been well-established for some time.

But if getting a non-violating Twitter account suspended really is this easy, then it could be a worrying sign of things to come for free speech fans, as well as fans of the basic mantra “think before you tweet.”