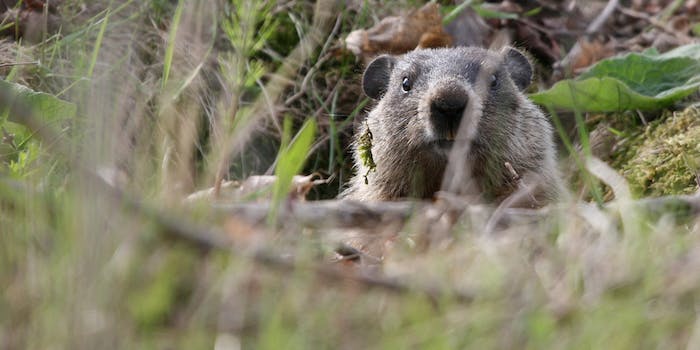 "You had ONE TASK and you screwed us all over."

The Super Bowl hasn’t started yet, but there’s a lot of people on Twitter who already have their rage face on.

That’s because an oversized rodent in Pennsylvania has predicted there will be six more weeks of winter. Considering the brutal temperatures and severe storms that plagued the country this winter (I’m looking at you Polar Vortex), more bad weather was probably on the docket anyway. But, having good ol’ Punxsutawney Phil prognosticate an affirmation to that effect this Groundhog Day is salt in the wound.

Can’t wait till #PunxsutawneyPhil keels over

I think we should perform a lobotomy on #PunxsutawneyPhil . Help a guy Out:)

Damn you groundhog, and Bill Murray too! I hope you both catch rabies! #PunxsutawneyPhil

That groundhog can go crawl in his hole and die for all I care! #PunxsutawneyPhil #NeedWarmWeather

Today is your day #PunxsutawneyPhil you had ONE TASK and you screwed us all over.

Of course there are plenty more people pointing out that Groundhog Day is a silly tradition and pretty meaningless when it comes to meteorology. But, I’d wager most of those folks never endured a Pennsylvania winter. Cabin fever can make you do crazy things. And for the record, those wishing death to the groundhog will be waiting for a long, long time. According to Punxsutawney lore, the groundhog drinks the “elixir of life” each year at the Groundhog Picnic to prolong his cushy rodent existence. That means this year Phil is 127 years old. (See what I’m saying about the cabin fever?)

We’re with you, Bill Murray.