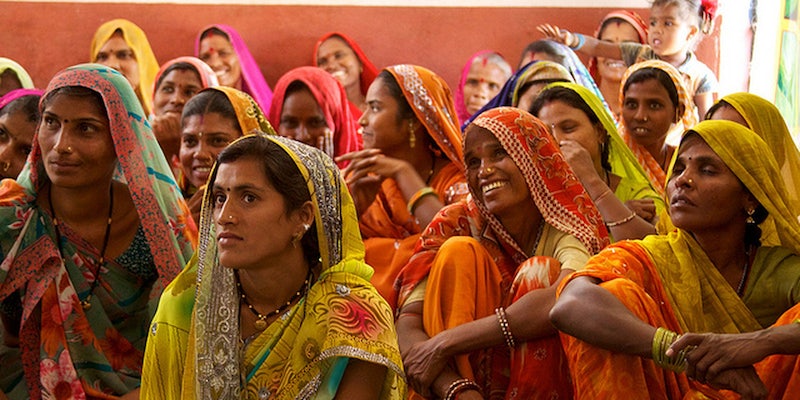 Women of color are striking back against a feminist movement they’ve long argued is exclusionary to non-white feminists.

Yesterday, the hashtag #solidarityisforwhitewomen was everywhere, trending on Twitter, being hotly debated in feminist spaces and blogs, and stirring up conversation about the place of women of color in the “mainstream feminist” arena.

The hashtag was coined by Mikki Kendall during a discussion of recently disgraced male feminist writer Hugo Schwyzer, who was criticized for his dismissing of non-white women in his work. The tag then went global when it was picked up by South African and Japanese tweeters.

Many tweeted criticisms of how black women are portrayed in pop culture as compared to white women, or examples in their own lives of being excluded from mainstream feminism.

Miley sticks middle finger up in pics, smokes & wears grills = just her being a kid. Trayvon does it = hes a thug #SolidarityIsForWhiteWomen

The hashtag has been divisive, though some white feminists are using it as an opportunity to educate themselves and take a backseat to the needs of non-white feminists.

Fellow white feminists: #SolidarityIsForWhiteWomen is not for us to defend, explain, protest. It’s time for us to take a damn seat & listen.

Kendall spoke on the matter on Huffington Post Live today at 12:15pm ET, which you can watch on the site now as well. There has long been criticism of how feminist sites like Jezebel allegedly erase women of color from the narrative:

Al Jazeera reports on #SolidarityIsForWhiteWomen Jezebel does not. That’s all you need to know. https://t.co/Tze6V3Lzsi

The hashtag’s purpose comes down to recognizing privilege, the fact that middle- and upper-class white women have most often had the means and the time to devote themselves to feminism. But it’s time for women of color to have a stronger voice in the mainstream movement. The focus needs to be on intersectionality. Anything else is not a complete and cohesive feminist movement. Solidarity is not just for white women.