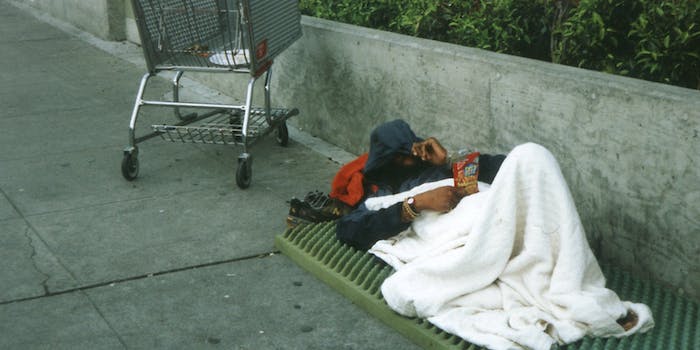 Startup automatically retweets every criticism of its homeless-bashing CEO

An executive makes everyone in tech look bad—but mostly just himself.

There’s no denying the friction between San Francisco’s prevalent homeless population and the tech industry yuppies annoyed about sharing the city with them, though the situation deteriorated further with AngelHack CEO Greg Gopman. Gopman recently posted Facebook comments attacking the city’s homeless as “degenerates” who “gather like hyenas, spit, urinate, taunt you, sell drugs” and “get rowdy” in what should be a “civilized” area of town, unwilling to shrink from his privileged gaze.

The online response was swift and vicious enough that Gopman deleted the offending post and took a stab at apologizing, but with Valleywag preserving the remarks for posterity, critics continued to pile on. (Somewhat surprisingly, no one suggested he teach an impoverished person to code.) And while many named suitable San Francisco charities for a symbolic donation or suggested that AngelHack get involved in civic-minded projects, a number the CEO’s peers agreed with his appalling views, even after he had meekly retracted them. 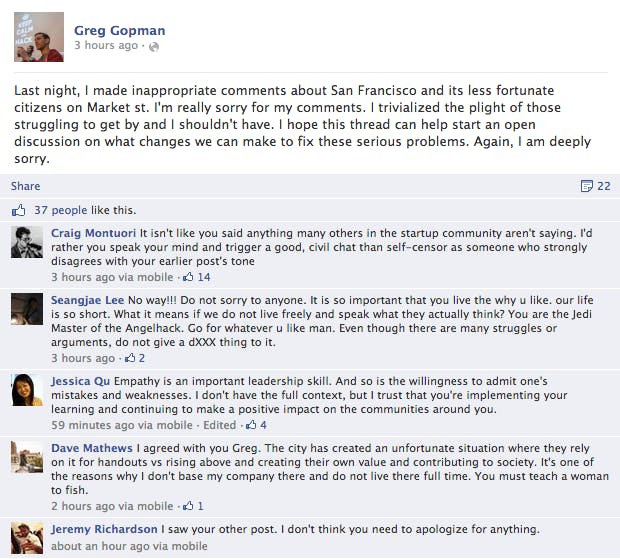 By far the best unexpected consequence of the rant, however, was that AngelHack’s Twitter bot continued to automatically retweet every bit of verbal abuse aimed at the startup and its hateful chief executive. It was directly from this branded feed that we learned, by way of a link from @GreenbergSez, that Gopman has been mocking the homeless for a few years now. 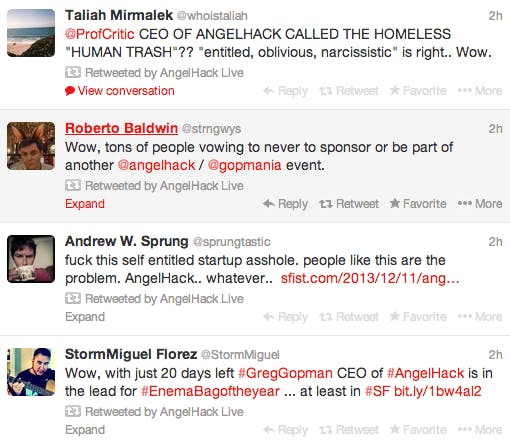 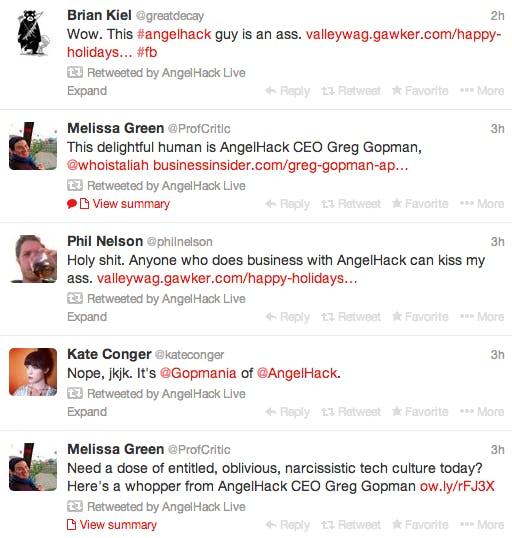 Exposing yourself as heartless in the court of public opinion is foolish enough, but to echo the worst things being said about you is an outstandingly ill-advised course of action. Could it be that AngelHack never imagined being the target of scorn? Because in a season of goodwill, it doesn’t look as though people have much to spare for them.