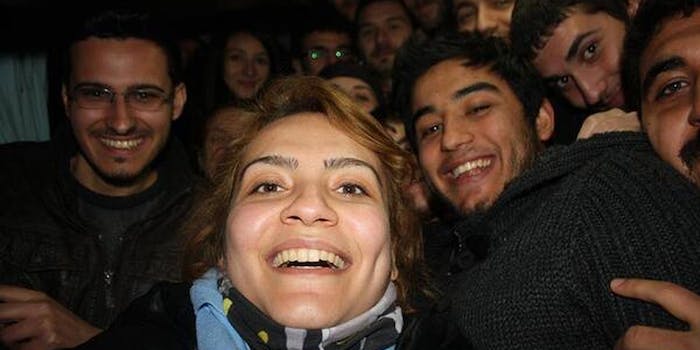 The Ellen selfie has yet another admirer—from another part of the world in conflict.

The Ellen selfie has yet another admirer—from another part of the world in conflict.

People have taken to the streets of Istanbul since the death and burial of a 15-year-old boy who was struck by a teargas canister last June, and tensions have been rising after two more deaths in two days. Now protesters are bringing even more attention to their plight through a new medium of storytelling.

Fourteen protesters ended up in a police van together on March 7, and they managed to recreate Ellen DeGeneres’s famous selfie with two more people than she originally had in her shot. The protesters are crammed in the picture not just because they tried to get everyone in. That’s probably all the room they had in the back of that van.

They might not have any of the same facial expressions as the actors involved in the original, but when it comes to their situation, it hardly matters.

More photos of the latest political struggle in Turkey are spreading with more protesters taking selfies of the action and posting them online.