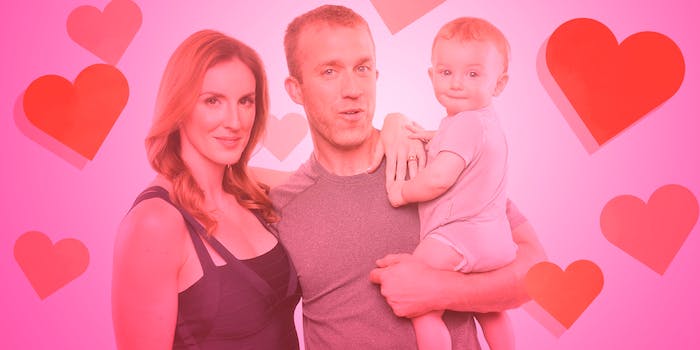 The author of 'I Hope They Serve Beer in Hell' has made plenty of mistakes with women. Now he wants to help fix yours.

There’s a wealth of resources out there for dopey dudes who are clueless about how to relate to women, commonly podcasts or dating advice manuals. But some of the best male-centered advice about how to find a partner is coming from an unlikely source: the guy who wrote the 2006 bro bestseller I Hope They Serve Beer In Hell.

Tucker Max made his name with that book, its two sequels, and a movie based on the sex- and booze-soaked stories within them. He is, at first blush, an inappropriate candidate to be dispensing well-adjusted dating advice for men. But on the new dating podcast Mating Grounds, that’s exactly what he’s doing.

“I am the first guy who was honest and straightforward about his sex life. I have both succeeded and failed in almost every way possible, and I think guys know they can trust me and my advice,” he told the Daily Dot via email.

“I am the first guy who was honest about his sex life. I have both succeeded and failed in almost every way possible.”

Max’s present life is worlds apart from the one he made a career recounting: At 39 years old, he’s married and has a new son named Bishop. He’s older, wiser, and he’s learned from his experiences, which he cites as authority to give men advice on their personal lives.

Co-hosting the podcast with Max is Dr. Geoffrey Miller, author and professor of psychology at the University of New Mexico. He suggests there is a “new anxiety” about dating, which stems from the lack of social norms attached to technology-enabled romantic contact.

Dating apps and matchmaking sites are a brand-new phenomenon on the scale of human evolution, and they leave loads of gray area in their wake. “Guys in particular don’t know how to handle this complicated mix of online dating, social media, texting, and real life,” he told the Daily Dot.

I can't believe I raised a kid who'd buy a Jeep. Shameful. @lift4women it doesn't even have seat belts!

Mating Grounds aims to bring some clarity to those gray areas, playing Max’s humor and experience off Dr. Miller’s wealth of scientific knowledge. A revolving cast of co-hosts join them each week to answer listener voicemail questions or dissect male-oriented dating topics at length: how to prevent premature ejaculation, how to be more attractive to women, how to tell someone that you’re still friendly with your ex-girlfriend, and so on. Miller and Max also answer viewers’ questions, such as how to best set up a Tinder profile and use the popular dating app without coming off as a creep.

Since the podcast launched 10 months ago, Mating Grounds has seen two million downloads in total. Max estimates that the show has “over 20,000 regular listeners and far more casual ones.”

The podcast was born as a promotional vehicle for a book co-authored by Miller and Max, Mate: How To Become The Man Women Want, which comes out on September 15. The goal of the book is to provide men with sound advice about how to navigate the dating sphere, while also being rooted in information about the mating process and evolutionary psychology.

When Max and Miller first met at a psychology conference in Austin, Texas, they were already aware of each other’s work.

“[Tucker] reached out to me via email and said he was a fan of my Mating Mind book, [and] we should get together,” said Dr. Miller. “He knows a surprising amount of [evolutionary psychology], so we started talking about the state of young men, the state of the dating game. We stayed in touch about that and decided there wasn’t anything scientifically based or evidence-oriented written in response, so we thought ‘Let’s write that.’”

Other sources for male dating advice might be quick to sell an ideology or agenda, in the same vein as pickup artistry or men’s rights activism, which encourage men to display their “alpha malehood” to attract women. Max, with his storied lothario past, might be easily linked to this type of thinking. (In fact, he’s credited with inspiring the “fratire” genre of literature targeted at young bros, though he’s quick to disassociate himself from the term.)

But Max insists that’s not the case.

“Our advice is not about ‘picking up women,’” writes Max. “It’s about how to interact with them so you can have the type of relationship you want to have. The MRA types give the opposite advice, and it boils down to manipulating women. Ultimately, this is because they hate women. We love women, and everything we teach men is about how to be attractive to them so they can have great relationships. That’s as opposite as it gets. Here’s the best evidence of that: the big MRA sphere of clowns hate us.”

“Our advice is not about ‘picking up women.’ It’s about how to interact with them so you can have the type of relationship you want to have.”

It’s true that the Mating Grounds co-hosts have been blasted by male-centered bloggers on the Internet, largely with vague accusations that the duo is repackaging manosphere ideas and passing them off as their own. Roosh, who runs the men’s rights activist website Return of Kings, has publicly accused Max of defaming him, after Max condemned Roosh on his podcast.

Dr. Miller maintains that there is a distinct difference between the advice Mating Grounds offers and that of MRA blogs and forums. While men’s rights bloggers tend to conceive of sex and dating as a power struggle between men and women, Miller says that he and Max offer a much more humane and relatable approach to dating.

“The pickup artist scene tells you that it’s all about status, that that’s what women respond to: dominance, leadership, and confidence,” he told the Daily Dot. “That’s a great description of gorilla mating systems, but it’s not human. When young men get the message that they have to man up and act like a Navy SEAL all the time, when they take that in an anti-intellectual way and decide they don’t have to communicate with or understand women, it’s a horrible toxic myth.”

To an extent, the show seems specifically targeted at rehabilitating men who’ve internalized the advice of MRAs and pickup artists. For instance, a recurring segment called “Bad Advice from the Internet” sees the hosts debunk popular misconceptions that many men have wrongly adopted, such as “women love assholes” or “if you don’t call to set up a date, you’re a coward.”

Their suggestions are always tied to understanding women as human beings to interact with, rather than as objects to conquer.

Much of the podcast’s discussion revolves around basic self-improvement for men. Listeners are reminded to cultivate their own interests, especially in social settings where they may meet interesting women. (Activities like improv class or salsa dancing often come up as examples.)

Mating Grounds’ primary goal is to instruct listeners to identify and follow appropriate social cues in conversations with women, so they know how to ask them out without coming off as weird or creepy. And they’re putting their money where their mouths are with a weekly segment of the podcast called “Helping Joe.”

“Joe” is Joe Antenucci, a young man who lives in Austin, Texas. He’s a professional freelancer (he calls himself a “focused generalist” on his LinkedIn page) who also produces and edits Mating Grounds. But he’s also young, male, and chronically single—just the type of guy who would ostensibly benefit most from the hosts’ dating advice.

That’s why Max and Miller created “Helping Joe,” in which Antenucci put his dating life on display for the sake of getting live input and feedback from the hosts. “As far as I know, we are the only people doing this—actually taking a real guy and spending an hour with him every week, tracking his progress, helping him improve himself and get into real relationships with good women,” Max said. 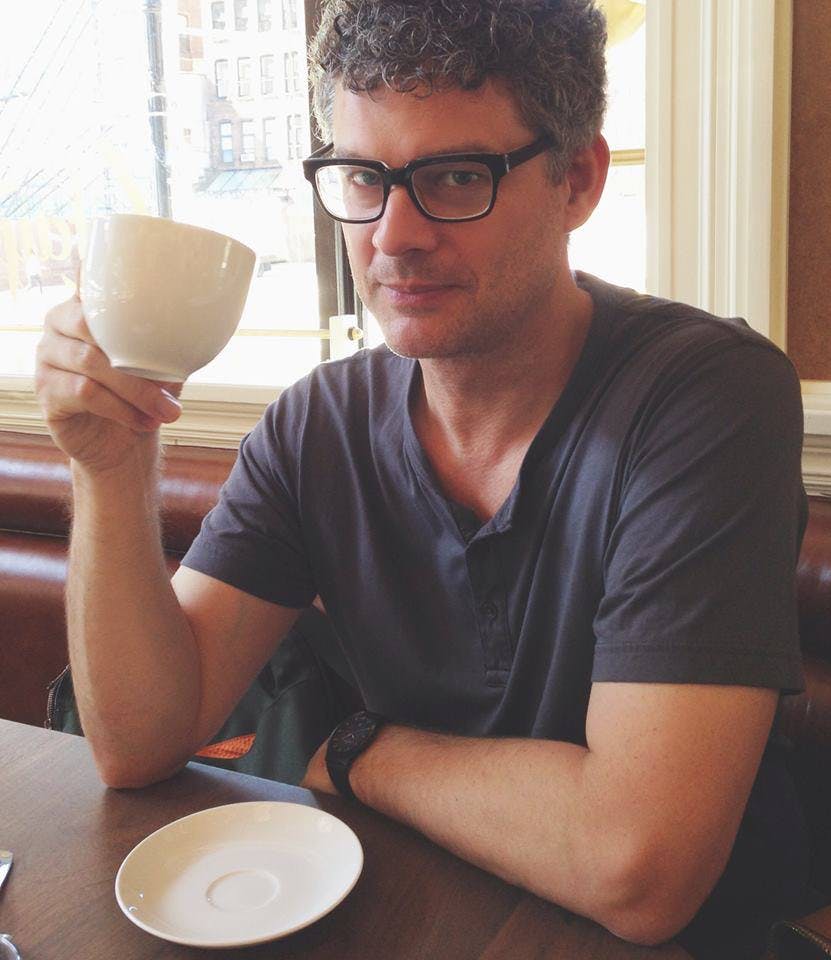 The co-hosts talk to Joe in great detail about things you simply won’t hear men speak frankly about anywhere else: sexual shame, erectile dysfunction, loneliness, sadness, and so on. It feels voyeuristic and maybe a tad exploitative, but it seems to be working out for Joe.

“[A few] months ago I had zero dates and zero prospects. I wasn’t putting myself out there or doing the work,” he said. “I’m now casually dating a couple women, and setting up one or two dates a week with women I like. It’s going well, but it’s still a work in progress.”

Joe is aware of pickup artists, but he maintains that there’s none of that thinking to be found on Mating Grounds. “Most manosphere stuff is ‘us versus them,’ and Mating Grounds is focused on finding relationships where you both get what you want and are both better for it,” he said. “We’re trying to make people consciously aware that there are women who are into what you’re into, from long-term to casual.”

Antenucci’s self-improvement comes after receiving some hard-nosed advice by the podcast hosts, who will constantly rag on Joe’s (and any voicemail-leaving listener’s) lesser behavior. In a recent episode, Joe recently shared an audio message that he left for a girl he likes. It turned out to be ill-conceived—it’s a bumbling, awkward message—and the hosts tease him for it.

“We rag on [listeners] a little bit about their own problems, misunderstandings, or mistakes they’ve made—not because we hate them or want to crush them, but because we need to be the plain-talking, outspoken guys who won’t bullshit them about their failures,” said Miller. “In order to have credibility with callers or other people listening, we’ve got to be a little harsh, like a couple of wise old uncles.”

A few years ago, no one would have described Max as a wise old uncle. But then again, no one would have solicited earnest dating advice from him, either. Hapless male podcast listeners wanting to change the quality of their female relationships may have a new unlikely tutor. The author of I Hope They Serve Bell in Hell has found true love, and now he has a podcast telling others how they might do the same.