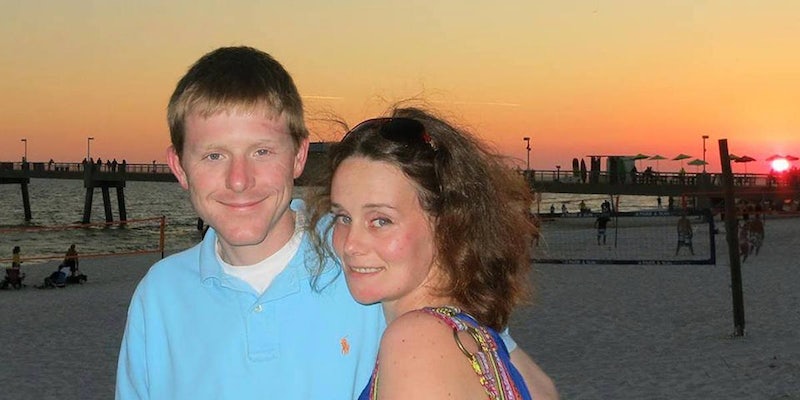 Contradicting speculation from government officials, the death of a Mississippi man hogtied by police and placed face-down on a gurney was not due to an overdose of LSD, his toxicology report says.

The report, obtained by the Daily Dot Friday, reveals that Troy Goode, 30, who died after his arrest in Southaven, Miss., was not killed as a result of “dangerous and illegal” drugs in his system, as mayor Darren Musselwhite previously suggested.

After leaving a concert on July 18, Goode was arrested and hogtied by Southaven police before being strapped face-down on a stretcher. Bystanders took video of Goode that appears to show him in that position. He was then taken by ambulance to a nearby hospital, where he died an hour and a half later.

According to eyewitnesses, Goode repeatedly told the officers while restrained: “I can’t breathe.”

“The facts also show that [Goode’s] violent behavior mandated that he be restrained for the public safety of our other citizens, as well as himself,” Musselwhite wrote in a July statement. Police reported that Goode, who suffered from asthma and carried an inhaler, was “kicking and screaming,” but “breathing fine” during the arrest.

Goode’s toxicology report, completed by the Mississippi State Medical Examiner, indicates that at the time of his death, his blood contained less than half the minimum “threshold toxic dose” of lysergic acid diethylamide (LSD), the recreational drug commonly known as “acid.”

Goode’s blood was found to contain 1.0 ng/mL of LSD. A pharmacological review of the compound, conducted, in part, by Harvard Medical School, found that there have been “no documented human deaths” from LSD. At least one individual, who accidentally consumed a dose roughly 70,000 times more (7000μg/100mL) than what was found in Goode’s blood—a 6,900 percent increase—“survived with hospital treatment and without residual effects,” according to the study.

The report also indicates that Goode’s blood contained THC, the active compound in marijuana, as well as Haloperidol, Lorazepam, and Naloxone—medications administered by medical staff after Goode was detained.

District Attorney John Champion previously told reporters that, according to a medical examiner, Goode likely died as the result of a heart condition. Musselwhite echoed that assertion, stating: “…the facts indicate that this man died from a heart problem likely caused by his decision to use dangerous and illegal drugs.”

The officials’ statements are contradicted, however, by the medical examiner’s own assessment, which listed Goode’s cause of death as pending the results of the aforementioned toxicology report.

Moreover, a healthcare professional who viewed the report, and who spoke to local journalists on the condition of anonymity, said there is “nothing to indicate that the victim had a prior history of cardiac related illness.”

Attorneys at Ballin, Ballin & Fishman, P.C., who represent the Goode family, told the Daily Dot on Friday that previous reports that Goode was taking antidepressant and antipsychotic medication are erroneous.

“In fact, these drugs were given to calm Goode in his panicked struggle for oxygen,” a statement from the attorneys reads. “Not only was Goode not depressed, he was happily married, a proud father to a toddler, and a highly successful and published engineer.”